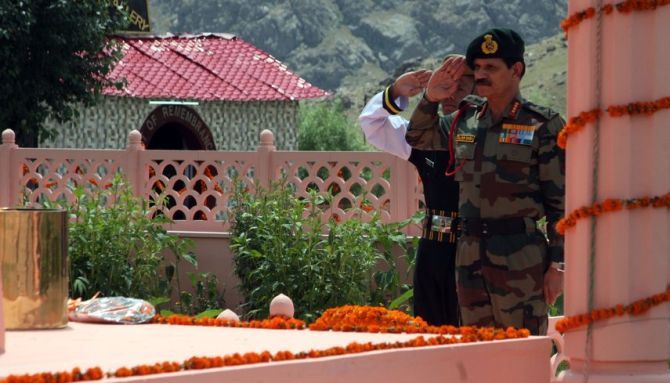 Army Chief General Dalbir Singh on Monday paid homage to the soldiers, who laid down their lives during the Kargil war in 1999, at the war memorial in Jammu and Kashmir’s Dras sector.

“Gen Dalbir Singh, Chief of the Army Staff, paid homage to the martyrs of Operation Vijay at the historic war memorial at Dras today,” a defence spokesman said. 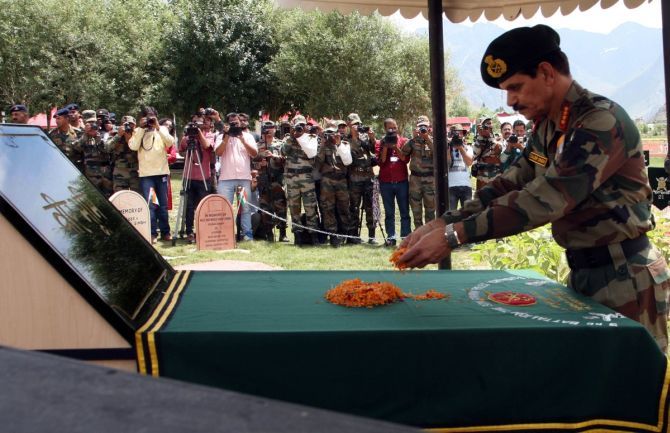 IMAGE: The army is celebrating the 17th Kargil Vijay Diwas to commemorate the victory in the war against Pakistan. Photograph: @SpokespersonMoD/Twitter

Gen Singh also interacted with the wives and the relatives of the slain soldiers. 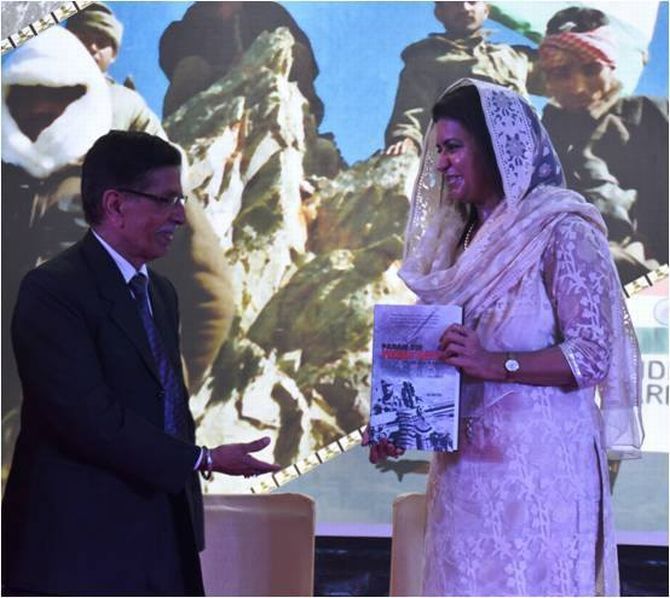 IMAGE: Namita Suhag, wife of the Chief of Army Staff, releases the biography of Kargil martyr Captain Vikram Batra written by his father G L Batra, left, in New Delhi on Monday as part of the celebrations for 17th anniversary of Op Vijay. Photograph: @Indianarmy.adgpi/Facebook

The army is celebrating the 17th Kargil Vijay Diwas to commemorate the victory in the war against Pakistan. The week-long celebrations will end on Tuesday.