The Brihanmumbai Municipal Corporation on Thursday denied in the Bombay high court that it undertook demolition of 'illegal' alterations at actor Kangana Ranaut's bungalow in Mumbai with ulterior motives. 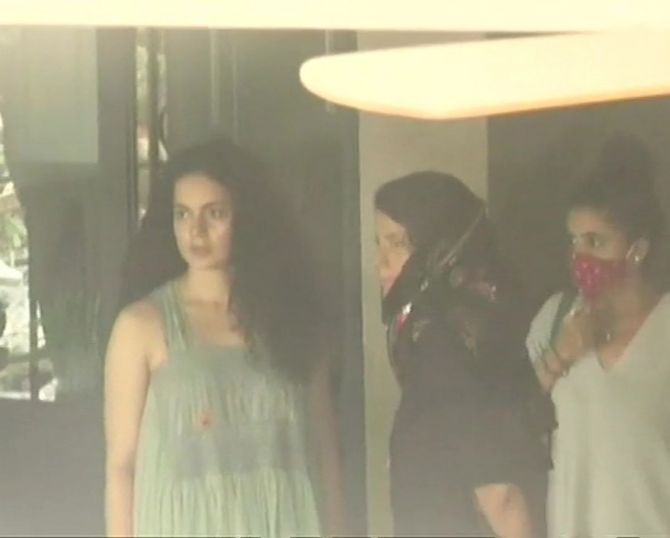 The civic body filed an affidavit in the court a day after Ranaut challenged the demolition at her bungalow in Pali Hill in suburban Bandra.

"The petitioner (Ranaut) is seeking to obfuscate and cover up her flagrantly illegal acts of unlawfully making substantial additions and alterations contrary to the sanctioned building plan, without any permission by making
baseless and wild allegations of malafide," the BMC said.

A division bench of Justices S J Kathawalla and R I Chagla had on Wednesday stayed the demolition, noting that the action smacked of "malafide" (dubious intentions).

On Thursday, BMC counsel Aspi Chinoy contended that Ranaut had carried out modifications in her bungalow in blatant violation of the sanctioned building plan.

"All demolition work has been stopped as soon as the court directed so. But we request the court to direct the petitioner to also maintain status quo and not commence any other work in the said premises," Chinoy said.

Ranaut's lawyer Rizwan Siddiqui claimed that the BMC had damaged the property, leading to water and electricity connections getting disrupted.

"The same should be restored," he said.

The bench, however, refused to pass any order and posted the petition for further hearing on September 22.

In its affidavit, the BMC said, "Even in the present petition, the petitioner has not disputed the fact that she has carried out unlawful alterations and additions.

"The petitioner has only made false, baseless and unwarranted allegations of harassment and malafide by the corporation," it said.

Even in her response to a stop-work notice earlier, Ranaut did not dispute the allegation of illegal alterations but only made baseless counter-allegations and sought seven days to respond to the notice further, the BMC said.

The civic body also said that none of its officials entered the premises by threatening or roughing up the security guard or anyone else.

The "Queen" actor's recent remark comparing Mumbai to Pakistan-occupied-Kashmir has drawn the ire of the Shiv Sena which controls the BMC besides leading the ruling coalition in Maharashtra.

The action by the BMC followed Ranaut's public tiff with the party. 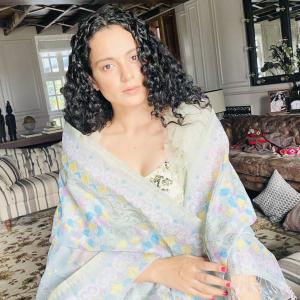