Kamala Harris was on Wednesday sworn in as America's first woman vice president during a historic inauguration at the West Front of the Capitol. 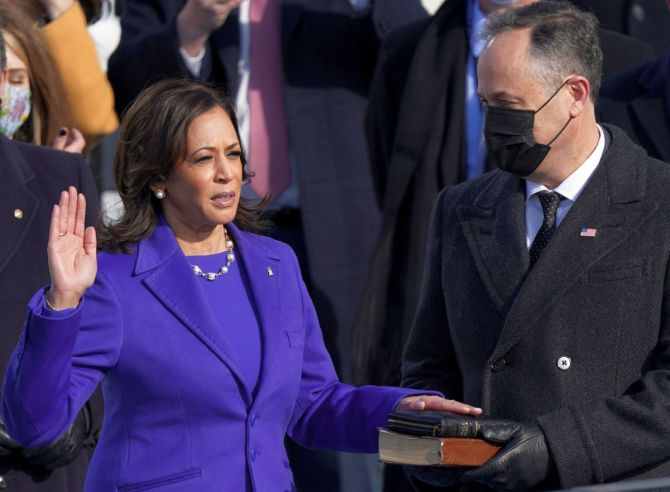 IMAGE: Kamala Harris is sworn in as US Vice President as her spouse Doug Emhoff holds a bible during the inauguration of Joe Biden as the 46th President of the United States on the West Front of the US Capitol in Washington. Photograph: Kevin Lamarque/Reuters

Harris, 56, the 49th US Vice President, will serve as the deputy of President Joe Biden, 78, who also took the oath of office, becoming the 46th US President.

Harris took over the office of the US Vice President from 61-year-old Mike Pence. Biden succeeded President Donald Trump, 74.

In her first tweet as vice president from her official Twitter handle, she said: "Ready to serve."

Her husband Douglas Emhoff, 56, is the first ‘Second Gentleman' -- the first male spouse of a vice president in the US.

Justice Sonia Sotomayor, the first Latina member of the Supreme Court, administered the oath of office to Harris. 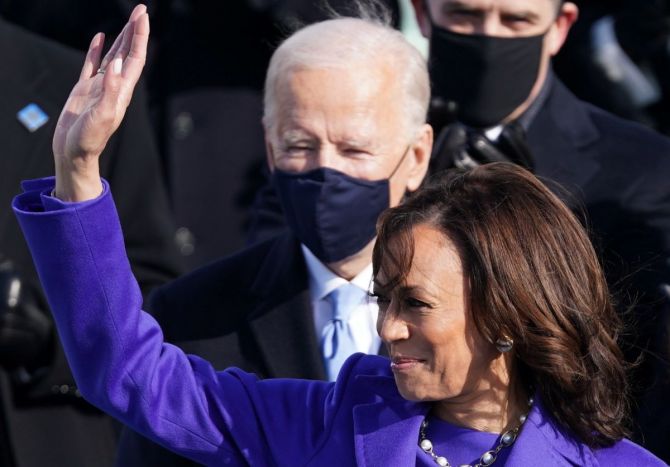 She was sworn in on two Bibles -- one that belonged to a close family friend named Regina Shelton and another that belonged to Thurgood Marshall -- the country's first African American Supreme Court justice.

M R Rangaswami, Indiaspora founder said: "I had goose bumps when I saw an Indian American woman take the oath as Vice President of the USA! Only here can a daughter of an Indian immigrant achieve her dream and much more. She is such an inspiration for my daughters and so many other young girls across the country!”

Harris is the daughter of an Indian mother and African-American father from Jamaica. 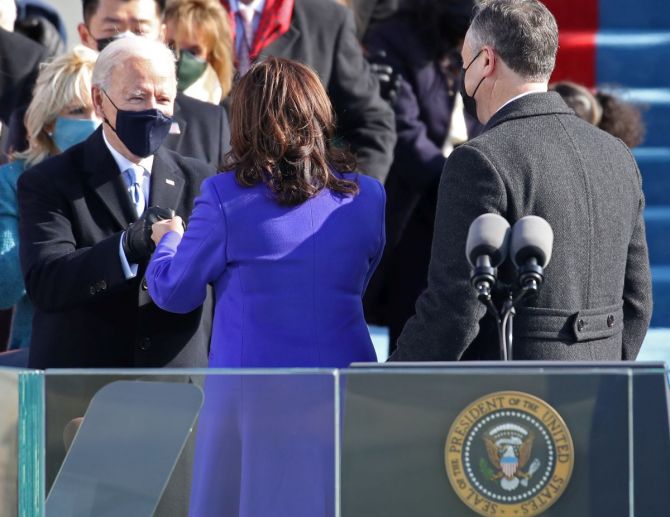 On the campaign trail, Harris often talked about how her activist parents would push her in her stroller at civil rights marches. The couple divorced in 1972. 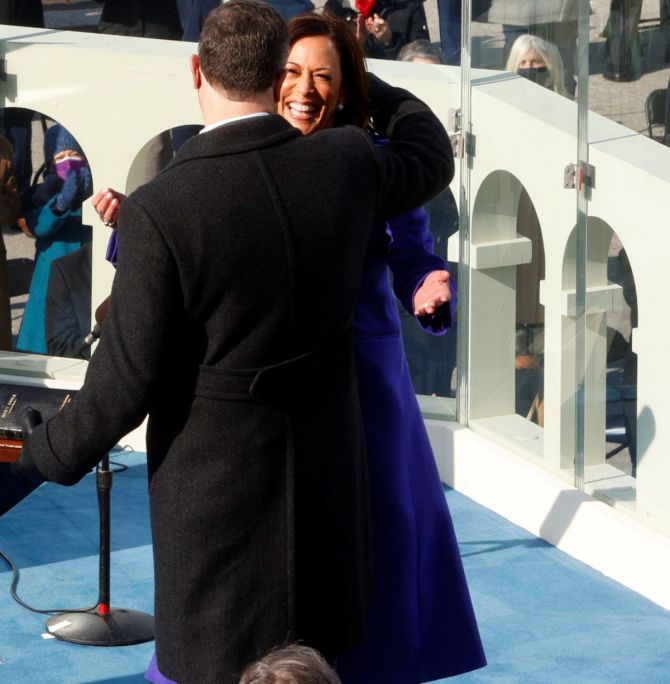 IMAGE: Kamala Harris is embraced by her husband Doug Emhoff after her swearing-in during the inauguration. Photograph: Jim Bourg/Reuters

The inauguration, which was held in the midst of the COVID-19 pandemic, saw no large gatherings as the Presidential Inaugural Committee and local law enforcement officials had asked the public not to travel to Washington DC for the event.

Elaborate security arrangements were put in place for the historic inauguration following the January 6 riot at the Capitol by supporters of outgoing President Trump.

The event was held under the unprecedented security umbrella of over 25,000 National Guards, who have transformed the capital into a garrison city, mainly because of the threat of more violent protests by the supporters of Trump. 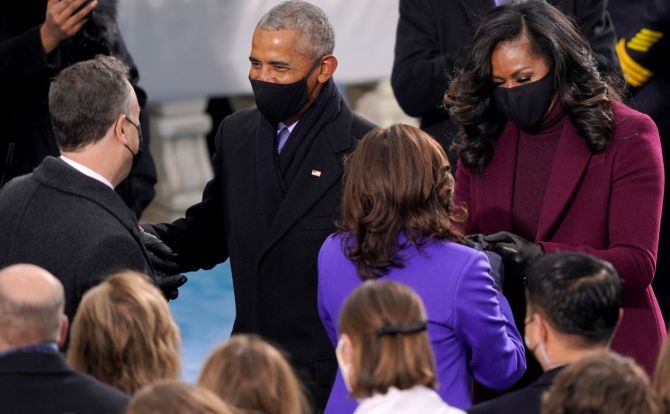 After the wreath ceremony, they will head to the White House, where they will get a presidential escort. That will kick off the virtual "Parade Across America," featuring performances from all 56 states and territories.