The Juvenile Justice Bill that provides for treating boys aged 16 and above at par with adults for punishment of heinous crimes like rape was passed in the Lok Sabha on Thursday.

A day ago, several members had opposed the bill stating that rehabilitation and not retribution should be the policy, while expressing concern over amendments to the Juvenile Justice (Care and Protection of Children) Bill, 2014. The bill has been prepared against the backdrop of public outcry over the Delhi gang-rape case of 2012 in which a juvenile accused got away with a lighter punishment because of his age.

On April 22, the Union Cabinet approved the Women and Child Development ministry's proposal that juvenile offenders accused of heinous crimes be tried as adults.

Rediff.com broke this story more than two months ago, on March 9! 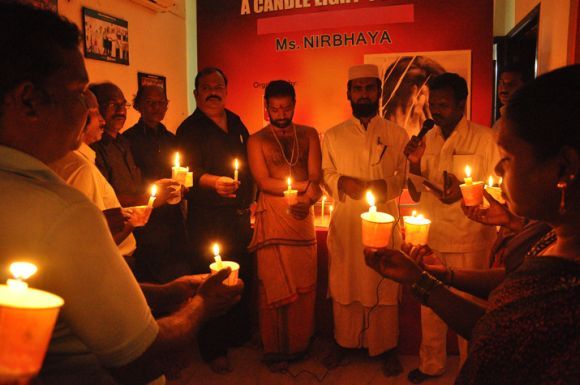 Maneka Gandhi is determined to introduce a revised Juvenile Justice (Care and Protection of Children) Bill in the current session of Parliament.

The bill seeks to lower the age of juveniles for serious crimes from 18 to 16.

The bill had been introduced in the Lok Sabha in 2014, but a parliamentary committee had rejected the demand for age revision in February.

Gandhi, the minister for women and child welfare, has now come up with a compromise, allowing for a via media whereby juveniles who commit heinous crimes will be tried under the adult system of law.

"There is no question of lowering the age automatically of all juveniles committing crimes from 18 to 16," she explained. "If a juvenile commits a heinous crime, he does not automatically go to an adult jail."

"His case will come up before the Child Welfare Board comprising of psychologists, NGOs who will ascertain whether the crime committed was heinous or not or whether the accused committed the crime in an adult frame of mind or a childish frame of mind," the minister added.

Image: The Nirbhaya gang-rape case, where the juvenile convict was reported to be the most brutal, brought the issue of juvenile justice to the fore. Photograph: Sreeram Selvaraj/Rediff.com

"If he does it in a childish frame of mind, he goes into the child system. If he commits rape and he does it as an adult, he will be put into a remand home," Gandhi told Rediff.com

"When he reaches 21, he will again be evaluated and the board will see whether he has reformed. So he is being given two chances. A juvenile can be 16 to 18," she explained.

"There are three NGOs who have been advocating that children are children and want to block the bill," Gandhi pointed out. "But with increasing numbers of juveniles committing heinous crimes, we believe such juveniles must go into the adult system and be punished."

"Our ministry has looked at laws across the world. There are countries who are saying that juveniles as young as 12 can be tried for crimes," the minister said.

The revised bill, Gandhi said, is presently before the Cabinet and she awaits its assent before it goes to Parliament.

"From the time she took over the ministry, Gandhi has also pushed for the loosening up of adoption laws.

"A huge number of people want to adopt children, but the Central Adoption Resource Authority had been made it so difficult. It used to take 3 to 4 years to adopt a child. We have already doubled the adoption figures in less than a year. I look at the adopting figures every day," she said.

On the issue of surrogacy she said, "If it was a question of being limited just to Indians, I would say yes, but I am not in favour of giving wombs to hire across the world."

On the question of whether the Budget had slashed the allocation of her ministry by half, Gandhi replied, "It is not a cut in the Budget, but just a re-appropriation. A large part has gone to the states as per the recommendations of the finance commission. It is not that the money has disappeared."

"However, where we cannot do without the money, I have asked the finance minister to restore part of it." 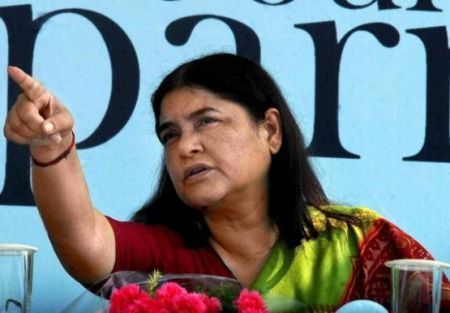 The Integrated Child Development Services programme, she said, has not been affected by these budgetary cuts. "No, the ICDS is not affected since the amounts to be paid will given by the states (state governments)," Gandhi said.

"The salaries of the anganwadi workers will also be given by them. What will get affected will be the National Nutrition Mission (to tackle the problem of malnutrition)."

"Other interventions that will get affected include the training of the anganwadi workers who have not been trained for the last 40 years. The system is not working," Gandhi said.

"These anganwadi workers have been given 11 registers to fill and most of the time they are fudging figures. If everything was in order, 47 per cent of malnutrition would not exist in India. I wanted to give them tablet computers, so we could start monitoring cases on a real time basis," the minister added.

"We had wanted to introduce a wonderful weighing machine which would be linked to the GPS and which would provide the weight of child and name of child. Fortunately, the prime minister is supportive of these (women and child) initiatives and he will make the final (budgetary) corrections."

The minister also emphasised the need to have better menus prepared for children in the ICDS programme.

"We need to prepare better menus and start real time monitoring. In Andhra Pradesh, children are being fed four eggs a week. But these eggs are not kept in refrigerators and have no nutrient value. We need to give kids millets and other high-value food."

"In Punjab, children and women are being given panjiri (a sweet snack) which is hardly nutritious," the minister said.

She was more forthcoming about the March 5 lynching in Dimapur, Nagaland. "There is a greater demand for immediate justice," she admitted. "I do not support lynching. When it happens, it is horrifying. People do react, everybody reacts."

She declared that the government hoped to put in place at least one 'rape crisis centre' in every state and Union Territory which women in distress can approach.

"My ministry, besides prodding state governments to build such centres, was planning to use the money in the Nirbhaya fund for this purpose," the minister said.

"These crisis centres are not only for rape victims. These will also be anti-violence centres, so even if one is stalked, or beaten by one's husband, or even if she is just a victim of oral violence, she can approach these centres and seek help," Gandhi said.

"These centres would be equipped with beds and would have facilities for overnight stay, if the victims need it. The Nirbhaya fund presently has Rs 3,000 crore (Rs 30 billion) which has not been used," she said.

"Earlier, the home minister had wanted to use the fund for GPS cameras. We have contacted state governments to identify the places where rape crisis centres can be set up. They can be located near or in hospitals or near police stations also."

Another initiative her ministry had undertaken was to prepare a film meant for young girls that would help them identify the difference between 'good touch and bad touch' and stress on the need to speak out when they feel uncomfortable.

Her ministry recently held a meeting with CEOs of matrimonial Web sites. "They have agreed to do a tighter screening of all their customers before putting up ads," she said. 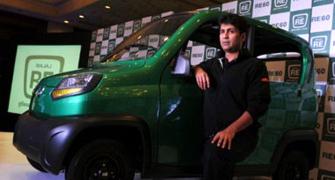 'Make for India' harder than 'Make in India': Rajiv Bajaj 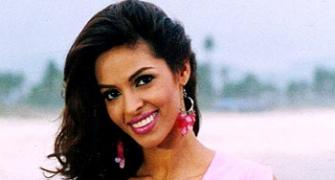 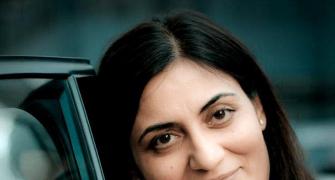 'I want to inspire, excite but also hold up a mirror' 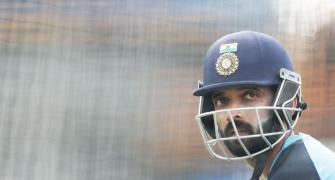 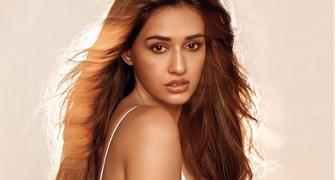 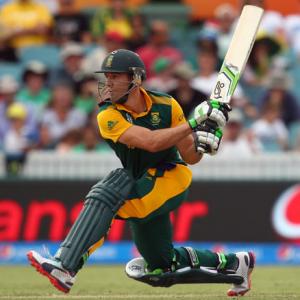 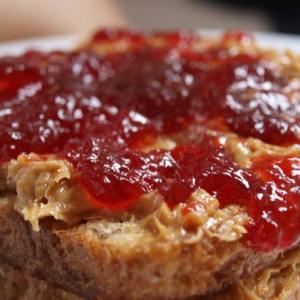