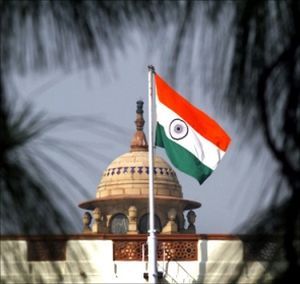 Te apex court, while referring to the constitution bench a plea seeking setting up of National Court of Appeal with regional benches in major cities, said there was a need to examine the issue of pendency of cases through a larger bench of five judges.

"In view of cases pending in the Supreme Court of India on average for about 5 years, in the high courts again for about 8 years, and anywhere between 5-10 years in trial courts.

"Would it not be part of the responsibility and duty of the Supreme Court of India to examine through a Constitution Bench, the issue of divesting the Supreme Court of about 80 per cent of the pendency of cases of a routine nature, to recommend to Government, its opinion on the proposal for establishing four Courts of Appeal... may regain its true status as a Constitutional Court," a bench headed by Chief Justice T S Thakur said.

The apex court, which framed various questions for the constitution bench to ponder over, said statistics showed that over three-fourth of the total cases filed were dismissed at the admission stage.

"Keeping in view the importance of the questions and the need for reforms which have been long felt, we deem it proper to refer the same to a Constitutional Bench for an authoritative pronouncement," the court said while leaving it for the constitution bench to decide whether the Supreme Court sitting in benches in different parts of India would be an answer to the problem or not.

It also left it to the appropriate bench to decide whether the right to justice, which is a fundamental right, would "stand denied to litigants due to the unduly long delay in the disposal of cases in the Supreme Court? Would the mere increase in the number of judges be an answer to the problem of undue delay in disposal of cases and to what extent would such increase be feasible?

"Would the division of the Supreme Court into a constitutional wing and an appellate wing be an answer to the problem? Would the fact that the Supreme Court of India is situated in the far North, in Delhi, rendering travel from the southern states and some other states in India, unduly long and expensive, be a deterrent to real access to justice," a bench also comprising Justices R Banumathi and U U Lalit said.

Source: PTI© Copyright 2022 PTI. All rights reserved. Republication or redistribution of PTI content, including by framing or similar means, is expressly prohibited without the prior written consent.
Related News: India, U U Lalit, Constitutional Court, North, Banumathi
Print this article