Eleven policemen were killed and at least 20 injured when suspected Maoists ambushed a police team in Lohardaga district of Jharkhand on Tuesday.

killed in the ambush as thick smoke engulfed the area with the gunfight continuing for some time, he said. The rebels left the spot after the gunfight.

At least 20 security personnel, comprising both CRPF and district police, were injured and taken to local health centre, police said.

The security personnel went to Urumuru after a tip off about Maoists having assembled there, but returned after not finding any one, when the ultras ambushed them.
Related News: Central Reserve Police Force, PTI, Urumuru, IGP, Lohardaga
Print this article
Drunk CRPF trooper kills 6 colleagues, officer
Top Maoist, CRPF commando killed in encounter 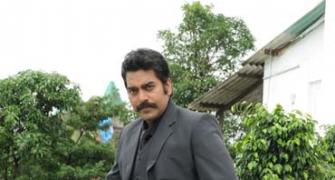 2 policemen killed in Maoist-triggered mine blast