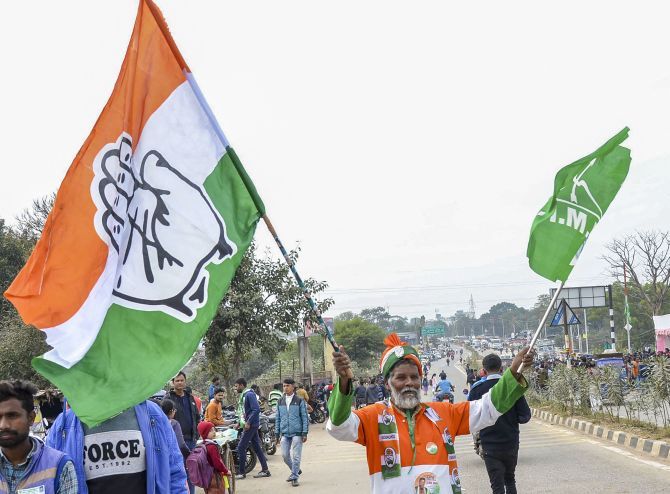 IMAGE: A supporter of Congress and Jharkhand Mukti Morcha celebrates as they lead during counting of Jharkhand Assembly election votes, in Ranchi, on Monday. Photograph: PTI Photo

The Congress on Monday thanked the people of Jharkhand for giving the three-party alliance led by the Jharkhand Mukti Morcha a clear mandate and claimed that absence of people-centric issues has cost the Bharatiya Janata Party dearly in the polls.

All India Congress Committee in-charge for Jharkhand, R P N Singh, said the party is happy for its best performance in the state since its creation in 2000.

"I thank and congratulate the people of Jharkhand, workers of the Congress and the allies for the good show of the alliance," Singh told a press conference in Ranchi.

A four-party Mahagathbandhan (grand alliance) was formed ahead of the Lok Sabha elections this year.

Later, when Jharkhand Vikas Morcha (Prajatantrik) walked away, the Congress, the JMM and the Rashtriya Janata Dal named it 'Gathbandhan' after agreeing upon a seat-sharing formula.

"When the BJP had raised the slogan of crossing 65 seats (in the 81-member assembly), I said they can't even reach the 25-mark. So far, the trends vindicate my statement," he said.

As per the Election Commission website, the BJP won 25 seats.

On the formation of government, Singh said the party's senior leadership would decide about it and the media would be informed at the proper time.

"The BJP did not address people-centric issues such as unemployment, farm distress and problems of small traders. Now the wind of Jharkhand will move towards Bihar," Singh said in an apparent reference to the assembly elections in the neighbouring state where it is due next year.

In the Gatbandhan, JMM won 30 seats, Congress 16 and the RJD one.

RJD chief Lalu Prasad Yadav hailed the victory of the coalition claiming that it is the downfall of the BJP's politics of arrogance and hypocrisy.

Lalu, who has been in the Jharkhand capital for more than a year serving sentences in fodder scam cases, shared his thoughts on his official Twitter handle, which is operated by his close aides.

The RJD supremo gave his blessings to JMM leader Hemant Soren, the chief ministerial candidate of the alliance.

At a press conference earlier in the day, Soren also thanked Lalu and other coalition partners.

'Wishes have been fulfilled. The people of Jharkhand have ensured that politics of arrogance and hypocrisy is doomed to fail everywhere,' Lalu said. 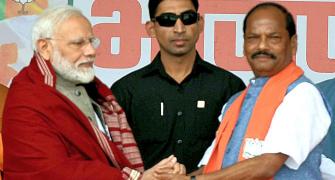 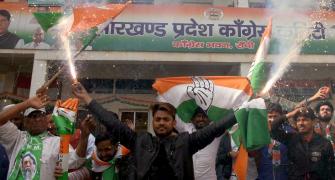 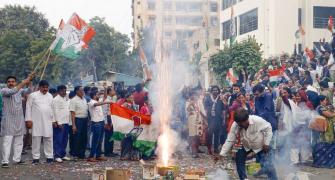 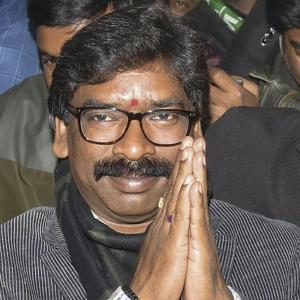 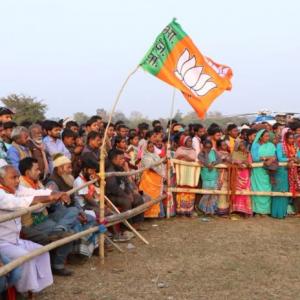