Source: PTI
February 18, 2011 16:25 IST
Bollywood actor Shayan Munshi on Friday pleaded before the Delhi high court not to prosecute him on charges of perjury for turning hostile in his deposition during the murder trial of ramp model Jessica Lal.

As the proceedings for prosecution of 31 hostile witnesses resumed before a division bench of justices S Ravindra Bhat and G P Mittal, Munshi's counsel Aman Lekhi pleaded before the court to discharge his client, arguing that he cannot be termed hostile as even the apex court had used part of his deposition in convicting Congress leader Venod Shrama's son Manu Sharma and others for the crime.

"The Supreme Court did not discard Munshi's statement completely but accepted some portion of his testimony," Lekhi argued, while referring to the high court's December 2006 findings that it had issued the showcause notice to his client and other witnesses in public interest.

Opposing Lekhi's argument, Delhi government's standing counsel (criminal) Pawan Sharma pleaded before the court to refer to 19 out of the 31 hostile witnesses, including Munshi, to the magisterial court for their trial on charges of perjury. Sharma pointed out to the court that out of the total 31 witnesses, now only 19 were available for trial as three are dead while the court itself had discharged 10 of them earlier on the ground that there was no major deviation between their statements to the police and later to the court.

Sharma argued that in December 2006, this very court had taken a serious note of the act of these witnesses and issued showcause notices to them. "These people should not be given any further opportunity for hearing," he contended.

Asking the court to refer the matter forthwith to the court of city's additional chief metropolitan magistrate for trial of 19 witnesses, Sharma argued that the hostile witnesses should not be given any more chance by this court. The bench, however, after hearing the replies from the witnesses, adjourned the matter for March 15.

The 19 persons, who were facing court proceeding for turning hostile in the case included socialite Andleeb Sehgal, ballistic experts Roop Singh and Prem Sagar, electrician Shiv Shankar Dass and eyewitness Jagannath Jha. Munshi is facing perjury charge, as it was he on whose statement the police had registered the first information report against Sharma, and was also the star witness of the prosecution. But during his deposition in the court, he had turned hostile and introduced the "two-gun theory" that led to Sharma's acquittal by the trial court

The high court, however, had taken suo motu cognisance against Munshi and other hostile witnesses while reversing the trial court's acquittal order and sentencing Sharma to life imprisonment in 2006. The court had later deferred the trial in the perjury case as Sharma went in appeal to the Supreme Court against the high court ruling.

As the apex court, while upholding the high court's ruling in Jessica Lal murder case last April, also endorsed its findings on the issue of perjury, the high court on Friday resumed proceedings in the perjury case now.

The case dates back to April 1999 when Lall had been shot dead by Sharma after she refused to serve another drink to him at a late night party at socialite Bina Ramani's restaurant Tamarind Court in South Delhi.

After the trial of the sensational murder case, the lower court had acquitted all the nine accused, as a majority of prosecution witnesses, including Munshi, turned hostile. But a bench headed by Justice R S Sodhi of the Delhi high court had in 2006, reversed the trial court order and sentenced Sharma to life imprisonment for killing Jessica. 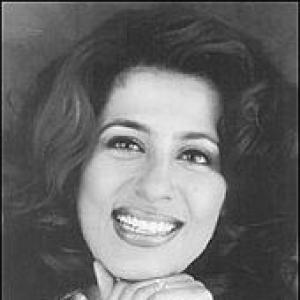 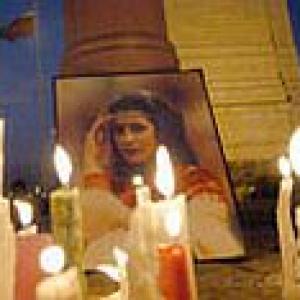