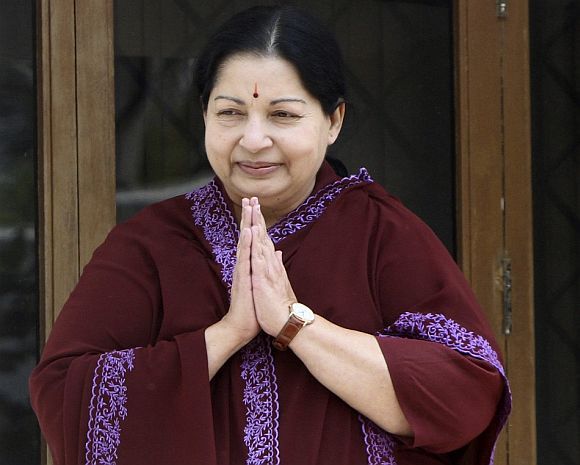 Special prayers and celebrations were held on Monday by ruling All India Anna Dravida Munnetra Kazhagam party workers across Tamil Nadu on the occasion of the 'star birthday' of Chief Minister J Jayalalithaa.

The celebrations are expected to be on till the weekend while she would turn 68 on February 24, according to the Gregorian calendar.

As she turns 68, party workers are organising everything to sync with the number 68, like 68 special medical camps and the initiative to plant 68 lakh saplings across the state, recently launched by Jayalalithaa herself.

In addition, social service activities like organising blood donation camp are being held.

A party advertisement said the special prayers are being organised seeking long life for Jayalalithaa and continuation of her good governance by winning the coming assembly polls.

Prayers were held in 122 ancient temples under the ambit of Tamil Nadu Hindu Religious and Charitable Endowments Department, besides a slew of other places of worship.

Meanwhile, Jayalalithaa launched distribution of 6,888 solar table lamps for students at the secretariat by giving away the lamps to five students.

On the occasion of her birthday, lamps are being distributed by South Indian Film Chamber of Commerce chairman C Kalyan, a government release said.