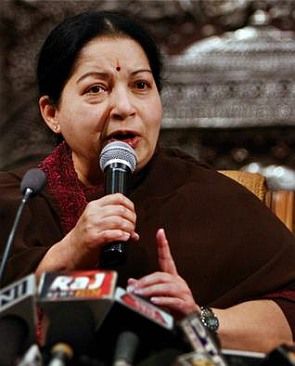 Tamil Nadu Chief Minister Jayalalithaa, convicted on Saturday by a Bangalore special court in a disproportionate assets case, had fought more than a dozen cases and was acquitted in most of them.

Following is the course the disproportionate assets case against Jayalalithaa has traversed, seeing legal and political twists and turns in the last 18 years after the Dravida Munetra Kazhagam government decided to form a special court on coming to power in 1996.

1996: Dr Subramanian Swamy, then a leader of Janata Party, files a case against Jayalalithaa alleging that during her tenure as chief minister from 1991 to 1996, she amassed properties worth Rs 66.65 crore disproportionate to her known sources of income.

1997: A prosecution launched in additional sessions court in Chennai against Jayalalithaa and three others for having assets "disproportionate" to their known income.

October 1, 1997: The Madras high court dismisses three petitions by Jayalalitha including one challenging sanction granted by then Governor M Fathima Beevi for prosecuting her in the wealth case.

Trial progresses. By august 2000, 250 prosecution witnesses examined, only 10 more remained. In the 2001 May assembly elections, All India Anna Dravida Munetra Kazhagam secures absolute majority and Jayalalitha becomes chief minister. Her appointment is challenged due to her conviction in October, 2000 in the Tamil Nadu Small Industries Corporation case. SC nullifies the appointment.

2003: DMK general secretary K Anbazhagan approaches the Supreme Court for transferring the trial to Karnataka on the ground that a fair trial was not possible in Tamil Nadu with Jayalalithaa as chief minister.

On November 18, 2003, the Supreme Court transferred the case to Bangalore.

August 26, 2013: Karnataka government issues a notification withdrawing the appointment of Bhavani Singh as SPP without assigning any reason and without consulting the Chief Justice of the Karnataka high court.

December 12, 2013:Special Court allows a plea by DMK general secretary K Anbazhagan and directs physical production of valuables and other assets seized from Jayalalithaa in 1997 and deposited in an RBI treasury in Chennai.

February 28, 2014:Special Court dismisses plea by SPP seeking a direction to produce before it the seized silver articles belonging to her. Judge says the SPP had filed it only with the purpose of delaying the proceedings.

August 28, 2014:Special Court reserves judgment for September 20 and directs all the four accused, including Jayalalithaa, to appear before it on that date.

September 16, 2014:Special Court defers by a week to September 27 pronouncement of its verdict.