Jayalalithaa well, can leave when she wants, says Chennai hospital 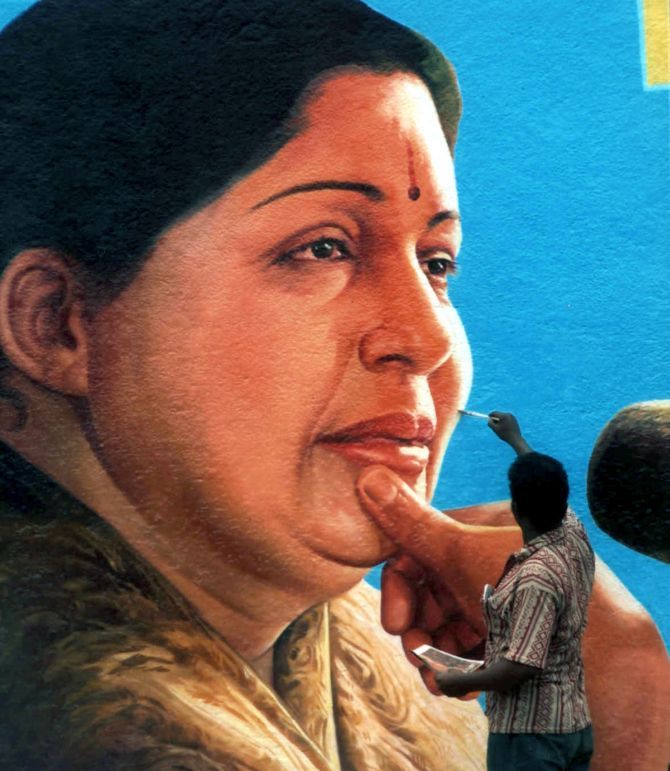 “I already told (you) her infection is fully under control. But what is required is that she needed reinvigoration to go back. This is what is happening,” he told reporters here.

He said her discharge from the hospital depended on her progress adding no date has been fixed for it.

Answering a question on her being shifted to general ward, he said, “no general ward”, adding, it was about, “which is more comfortable for her”.

He said the “change of room is only for her convenience” without elaborating whether she will continue to be in her present room or if she will be shifted.

Stating there was no major change in the line of treatment, he said, “She had therapy, which has completely cured (her).”

“What is needed is recuperation. For that, all efforts are being taken. Teams are working towards that.”

To a question on her discharge from hospital, he said, “I think discharge again is going to depend upon her. Whenever she feels that she is physically fit and when she feels the hospital has given enough... it will happen. There is no fixed date. For what she came (for treatment), that is completely under control.”

Answering another question, he said, “She is having the diet which she likes.”

On November 4, Reddy had said Jayalalithaa had “completely recovered” and it was up to her to decide when to go home.

All India Anna Dravida Munnetra Kazhagam leader and party spokesperson C Ponnaiyan had said on Tuesday that a “cheerful and healthy” Jayalalithaa was interacting on “important issues with VIPs” and was likely to be discharged in a few days with physiotherapists from Singapore attending on her.

The 68-year-old AIADMK supremo was admitted to the hospital on September 22 after she complained of fever and dehydration. Later, the hospital had said she was being treated for infection with respiratory support, among others.

Specialists from All India Institute of Medical Sciences, New Delhi, and from London, among others, have treated her during the period.

Since her hospitalisation, state ministers and AIADMK cadres have been organising special poojas at various temples across the state praying for her speedy recovery. People have the right to know: Madras HC asks for update on Amma's health