Tamil Nadu Chief Minister J Jayalalithaa on Tuesday convened a meeting at her room in the Apollo Hospital in Chennai to discuss the interim directions issued by the Supreme Court on the Cauvery issue. 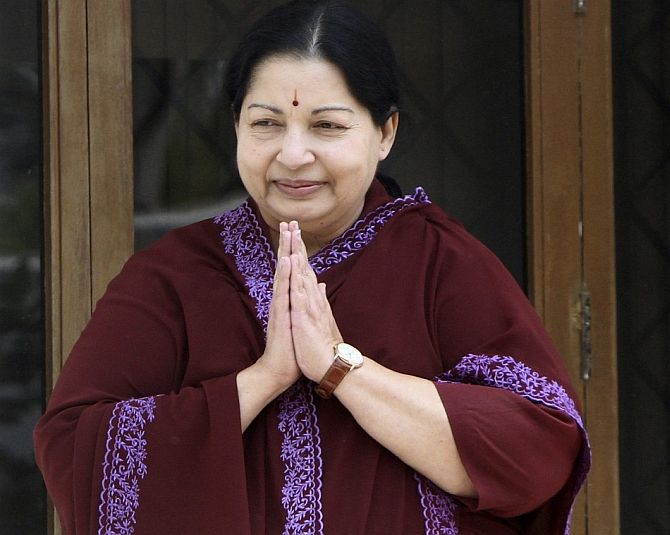 The Supreme Court on Tuesday asked Karnataka to discharge 6,000 cusecs of water to Tamil Nadu till Friday despite the former's assembly resolution, but called for a political solution to the impasse by convening of a meeting of chief ministers of the two states and the Centre.

The apex court, which was strongly urged by Tamil Nadu not to hear Karnataka till it complied with the previous orders, asked Attorney General Mukul Rohatgi to facilitate a meeting of the executive heads of both states with the Centre over the next two days to find a resolution to the impasse.

The meeting will be held on September 29.

Jayalalithaa was hospitalised last Thursday with fever and dehydration. The hospital and the state government have issued multiple reports to say she is responding well to treatment and will be discharged soon, seeking to quell rumours that the chief minister is very unwell.

Jayalalithaa, a government press statement said on Tuesday, dictated the speech that will be read out at the meeting with Karnataka Chief Minister Siddaramiah, which the Apex court has ordered the centre to facilitate by Friday.