The ongoing tussle between veteran Socialist leader George Fernandes' estranged wife Leila Kabir and his brothers Richard and Michael led to a uproarious scene on Wednesday outside the leader's official residence in New Delhi.

Both brothers accompanied by Fernandes' close aide Jaya Jaitley had come to the 3-Krishna Menon Marg residence to collect books, furniture and paintings, which they claimed belonged to them.

However, the police stopped them from entering the residence as the caretaker of the house, S D Singh, objected to their entry.

Expressing displeasure over the caretaker's move, Jaitley said, "These people are defaming the legacy of Fernandes who never closed his doors to anybody."

She said she had come to collect some paintings and furniture with the nod of Kabir but was stopped from going inside.

Jaitley at the same time acknowledged that Fernandes' wife did not agree to her claims on the furniture.

Singh, however, said he had no objection in Jaitley coming inside but added that he objected to the brothers, who have been recently allowed by the court to meet Fernandes, who is presently staying in Panchsheel Park with Kabir, under certain conditions.

The brothers, Richard and Michael, said they had come to New Delhi in connection with the case that is pending in Delhi high court in regard to their access to Fernandes.

"After meeting George this morning, we came here to collect some books and family photographs but we have been denied entry. It is highly objectionable. This is being done at the instance of Kabir," they alleged.

Soon after the arguments, over a dozen policemen were deployed near the residence. The police, however, refused to comment on the issue.

Richard and Michael have been fighting a legal battle with Kabir for custody of the ailing former defence minister. They had on June 9 approached the Delhi high court for early disposal of the case in view of Fernandes' deteriorating condition. 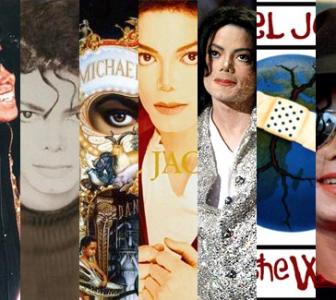 Dancing their hearts out for Michael Jackson