Jaya accuses Kerala of whipping up fear on dam issue

As the row over the Mullaperiyar dam hotted up, Tamil Nadu Chief Minister Jayalalithaa on Wednesday sought Prime Minister Manmohan Singh's intervention asking him to advise Kerala government not to whip up fear among its people for political mileage and said the dam is "safe and as good as new".

In a letter to Singh, Jayalalithaa said her Kerala counterpart Ommen chandy had reportedly met the prime minister for the construction of a new dam in place of the existing structure holding it was the only solution to safeguard the people of Kerala.

"The government of Kerala has been harping on this point for quiet some time, in spite of the fact that the existing dam has been proved to be safe and can store water up to 142 feet as decided by the Supreme Court as early as in 2006," she said.

Jayalalithaa said the Kerala government "seemed to be intent on creating a fear psychosis and panic among the people of that state and to influence the empowered committee appointed by the Supreme Court by submitting a report based on fear perception rather than fact."

Recalling that the Supreme Court had in February 2006 ordered raising the water level to 142 feet, she said it had held in "unambiguous terms" that the dam was safe and Tamil government had taken measures to keep it in "as good condition as a new dam".

Jayalalithaa noted that the Central Water Commission had as early as in 1979 concluded that there was no danger to the dam following concerns raised by Kerala and suggested certain strengthening measures that were carried out by Tamil Nadu government from 1980 to 1994 with the concurrence of the neighbouring state.

Due to these measures, the dam was safe and its functioning "is as good as that of a new dam", she said in the letter released to the media on Wednesday night.

Stressing that Tamil Nadu government was also concerned about the safety of the people living downstream of Mullaperiyar dam, Jayalalithaa said it "is doing and will do all that is necessary" to ensure that the dam remained safe.

She said the state government was of the firm view that the retrofitted Mullaperiyar dam falling in Zone-III had been designed to withstand an earthquake. The reported tremors which had occurred on November 18 did not have even an iota of impact on the dam and it was not even felt in its vicinity.

Jayalalithaa said the empowered committee constituted on the order of the Supreme Court was still conducting various tests and studies on the dam and there had been no adverse remarks.

She asked the prime minister to use his "good offices" to advise Kerala government to honour the rights guaranteed to the government of Tamil Nadu under the 1886 agreement followed by the supplementary agreement of 1970 in letter and spirit and to abide by the 2006 Supreme Court order and consequently repeal the amended Act of 2006 (passed by Kerala assembly on the dam).

Jayalalithaa also urged Singh to ask Kerala not to venture upon a new dam as the present one was functioning well and also since the whole issue is before the Supreme Court and the empowered committee and not "to whip up fear and panic among the people to gain political mileage". 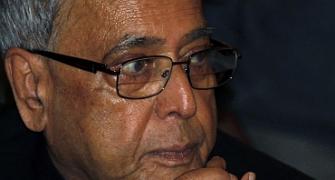