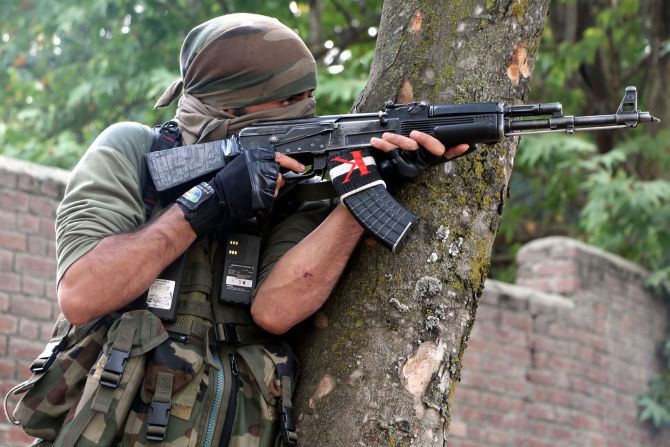 Two Garud Commandos of the Indian Air Force and two Lashkar-e-Tayiba militants were killed in an encounter in Bandipora district of Jammu and Kashmir on Wednesday.

Security forces launched a cordon and search operation in Hajin area of Bandipora district in the early hours of Wednesday following information about presence of militants in the area, an army official said.

He said the terrorists opened fire on the security forces, triggering a gun battle.

Two IAF Garud personnel, who were part of the operation for training and experience purpose, were injured in the exchange of fire with the terrorists, the official said.

The injured personnel were evacuated to 92 Base Hospital where they succumbed to injuries.

They have been identified as Sergeant Milind Kishor and Corporal Nilesh Kumar.

Two terrorists have been killed in the encounter, the official said adding the slain ultras belonged to LeT.

They have been identified as Ali alias Abu Maaz, a Pakistani terrorist, and Nasrullah Mir, a local terrorist.

Director General of Police S P Vaid said these terrorists were involved in a number of terror attacks in which security forces personnel and civilians were killed.

“It is a big success for security forces,” Vaid said.

A police official said two AK rifles, one pistol, one hand grenade 12 AK magazines and 75 rounds were recovered from the scene of the encounter.

General officer Commanding of the Chinar Corps of the Army Lt General J S Sandhu led officers and other ranks in paying tribute to the slain IAF men.

A wreath laying ceremony was held at Badamibagh headquarters of the army for the soldiers.

Senior officers from the army, police and IAF were present at the ceremony. 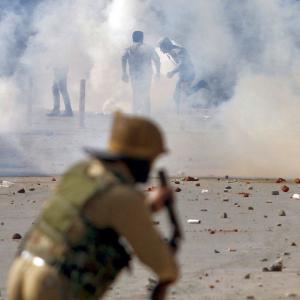 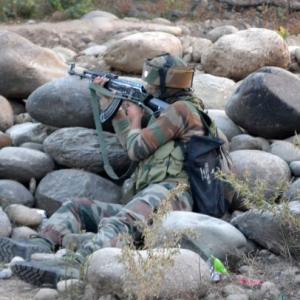