The Centre told the Delhi high court on Friday that the land where Teen Murti Estate, which includes the Jawaharlal Nehru Memorial Fund, is situated has belonged to the government since the establishment of the national capital.

The Centre's response came on a petition filed by the JNMF seeking to set aside the estate officer's October 15 eviction notice.

The Fund has been located at Teen Murti, once the residence of India's first prime minister Jawaharlal Nehru, since 1967. The JNMF was set up in 1964.

Justice Anu Malhotra listed the matter for further hearing on December 4 after senior advocate Kapil Sibal, appearing for JNMF, said they have received the government's response on Thursday and sought some time to file the rejoinder.

The court, which had on November 1 stayed the proceedings before the Directorate of Estates, said status quo be maintained till the next date of hearing.

Additional Solicitor General Maninder Acharya and central government standing counsel Monika Arora told the court that they have filed a preliminary affidavit along with necessary documents.

The affidavit, filed by the deputy director of estates at Directorate of Estates, claimed that the JNMF has failed to produce any authority which allows/ permits it to use the demised premises.

"Without prejudice, the contention raised by the petitioner (JNMF) cannot be termed as a bonafide title dispute, as the Central government is the sole owner of the demised premises and the Teen Murti Estate, in its entirety," it said.

It also said these facts clearly reflect that "your (JNMF) occupation of demised premises is without any authority of law and no statutory or contractual relationship exist between either the Central government and you..."

The petition, filed through advocates Sunil Fernandes and Priyansha Indra Sharma, has said the estate officer's notice was malafide and has been issued for ulterior political motives.

It has contended that the eviction notice issued under the provisions of the Public Premises Act (Eviction of Unauthorized Occupants) Act, 1971 was arbitrary and without jurisdiction and has been issued without application of mind.

The petition has said the proceedings initiated by the estate officer are part of a larger design to efface and destroy the legacy and contributions of Nehru and create a new historical narrative.

"The legacy of Nehru is a historical fact which is now sought to be effaced by the central government led by the BJP which is totally opposed to the secular and inclusive principles which Nehru stood for," the plea has alleged.

The JNMF has said it is a charitable trust and it is clear that the Directorate of Estates has no jurisdiction to initiate any proceedings in relation to the property of Nehru Memorial Museum and Library which is a registered society and the JNMF is in legal occupation of the premises.

It has said the premises of NMML do not fall under the definition of 'public premises' of Section 2(e) of the PP Act.

"In view thereof, the very assumption of jurisdiction by the Estate Officer by issuing the show cause notice... dated October 15, 2018 is patently illegal, ex-facie without jurisdiction and without application of mind," it has said.

The plea has said that after the notice, JNMF's officer appeared before the estate officer on October 23, who did not grant reasonable time to present their defence and had posted the matter for further proceedings on November 5. 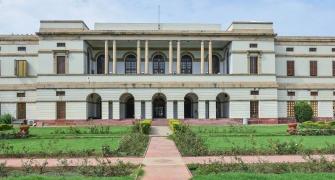 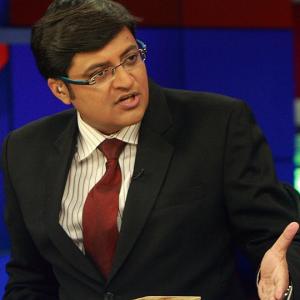