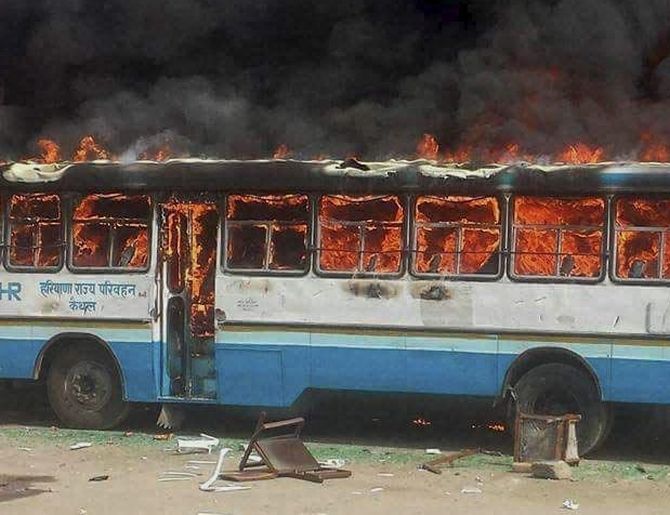 Around 200 paramilitary personnel were on Saturday airlifted to Rohtak in Haryana from Chandigarh after Jat protesters blocked roads following fresh incidents of violence.

The security personnel were dispatched from Delhi's Safdarjung airfield in batches as the trouble-torn district was cut off by road and rail network due to protests by the Jat community demanding reservation.

The decision to send the paramilitary personnel by air was taken by the home ministry following a request of the Haryana government.

The Centre on Saturday rushed 3,300 paramilitary personnel to Haryana and assured Chief Minister Manohar Lal Khattar of all possible help to maintain law and order as the stir turned violent.

Concerned over the volatile situation, Home Minister Rajnath Singh on Saturday called up the Haryana chief minister, who briefed him about the prevailing situation in the state.

Singh also appealed to the people to maintain peace and order and stressed on the need for discussion and dialogue.

IMAGE: Jat community members torch a Haryana Roadways bus during their agitation for resrvation, in Kaithal on Saturday. Photograph: PTI