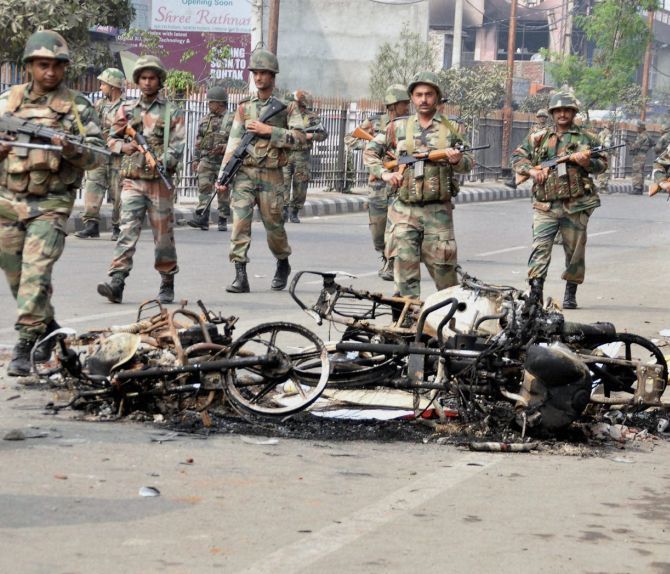 It can’t order the military to shoot at the crowd, the Supreme Court on Monday said while dismissing a plea seeking giving free hand to the army to control “unruly mob” during the Jat agitation in Haryana.

A bench headed by Chief Justice of India T S Thakur said that the army was capable enough to deal with any situation and as and when the situation arises things will be taken care of.

“You want us to issue direction to the army to shoot at the mob. We can’t issue such directions. We can’t allow the army to open fire at the mob. As and when the situation arises things will be taken care of. Army is capable enough to deal with any situation,” the bench also comprising justices R Bhanumathi and U U Lalit said.

It said that whoever will take law in his own hand will be prosecuted as per the law and dismissed the petition as withdrawn.

The bench observed that had the petitioner advocate Ajay Jain sought compensation to the victim of the violent agitation, it would have thought of considering it.

“Had you asked for compensation to the victims of the agitation, we would have thought of considering it,” the bench said.

Petitioner then sought court’s permission to amend the prayer in his petition which the bench denied, saying it can’t allow him to do so.

The bench also refrained itself from imposing the cost on petitioner after he kept on insisting for consideration of his plea. He, however, later agreed to withdraw his plea.

The petitioner in his plea has sought direction for Haryana government to give complete free hand to the army/paramilitary forces to control the situation which includes inter alia to fire at the mob to bring the situation under control.

He has also sought direction to local administration of Rohtak, Haryana to hand over the administration to army and not to interrupt in any manner whatsoever in the army’s affair in dealing with the situation.

“Direct the Union of India to provide adequate number of army/paramilitary forces as is required to deal with mob of 20,000 people roaming in or around district Rohtak,” the plea had said.

Source: PTI© Copyright 2021 PTI. All rights reserved. Republication or redistribution of PTI content, including by framing or similar means, is expressly prohibited without the prior written consent.
Related News: Haryana, Union of India, U U Lalit, R Bhanumathi, Ajay Jain
SHARE THIS STORY
Print this article 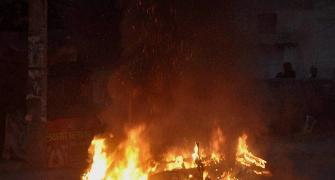 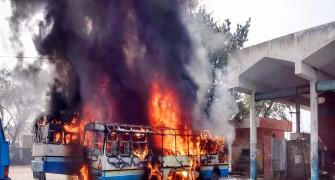 What exactly happened in Murthal, Haryana? 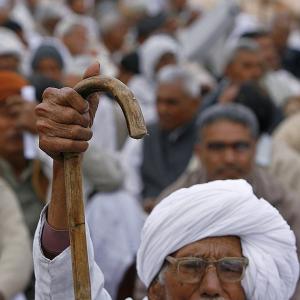