Former external affairs minister Jaswant Singh on Saturday defended the National Democratic Alliance government's decision to free three dreaded terrorists to save the lives of 166 hijacked passengers on board an Indian Airlines flight and said governments should always opt for such a decision.

"Governments must always opt and act to save lives," Singh said in a programme on Bloomberg TV, where he shared the table with former Pakistan President Pervez Musharraf.

Asked about the case, Singh said when the negotiations started during the hijack, the initial demand was to free 36 terrorists and hand over $360 million, among others.

He accepted that the decision was swayed by the mood of the people as the relatives of the hijacked passengers were putting pressure on the government.

Both Singh and Musharraf made it clear that India and Pakistan had never entered into a nuclear brinkmanship even at the height of their confrontation during the Kargil conflict.

"There is no finger on the (nuclear) button because the nuclear assets are not mated with the delivery systems," Musharraf said, a view endorsed by Singh.

"No, I don't think so," Musharraf said to a question on whether India had any territorial designs on Pakistan.

He pointed out that India did not take over Bangladesh after the 1971 war.

Musharraf reiterated his four-point formula to resolve the differences between India and Pakistan and noted with a tinge of sadness that Prime Minister Manmohan Singh did not visit Islamabad in 2007 when he claimed there was progress in the peace talks.

"There was a general agreement that if he (Manmohan Singh) visits, we would sign some agreements," Musharraf said, adding it was a time when his personal popularity had dipped in Pakistan.

Responding to a question on the 1999 Kargil conflict, Musharraf blamed the then Pakistan prime minister Nawaz Sharif of converting a military victory into a "political defeat", when Islamabad decided to withdraw its troops from the Kargil heights. He admitted that the decision was taken after the intervention of the United States.

Singh said the then prime minister Atal Bihari Vajpayee had ordered the Indian forces against crossing the Line of Control when the intruders were being evicted.

On the issue of alleged human rights violations in India and Pakistan and the two countries refusing to ratify certain international conventions, both Singh and Musharraf said developing countries have a different ground reality and the West should not try to lecture them on such issues.

Musharraf also said he would return to Pakistan from the United Kingdom where he is living in self-exile.

On the possibility of him being jailed in Pakistan, he observed lightly that politicians become popular only after going to prison. 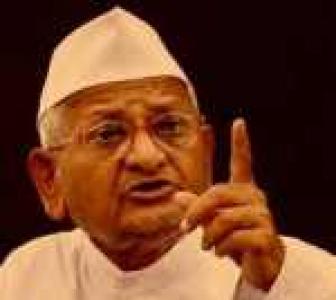 I feel happy to be in Pakistan: Nitish Kumar