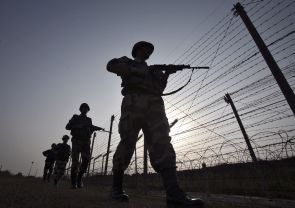 “The villagers were moved out for security reasons as there was heavy firing in these areas,” divisional commissioner Jammu, Shantmanu told rediff.com. He said the villagers have been accommodated in government buildings, including some educational institutions.

The district magistrate Jammu visited the area this evening to ensure facilities for the villagers.

“There was, however, no firing on Friday evening,” the divisional commissioner said.