Terror groups such as the Lashkar-e-Tayiba and its affiliates have and will continue to pose a security risk to India, but the country's worries do not end there. Security experts are of the view that the threat from across the border from Pakistan continues to be huge, and there is growing activity on the Bangladesh border which needs to be taken seriously.

The Harkat-ul-Jihad-al-Islami has been dominant in Bangladesh for almost two decades now and has managed to spread its tentacles in West Bengal and Hyderabad, courtesy the terror outfit's late commander Shahid Bilal. But apart from the HuJI, Indian secuirty agencies have now become wary of the Jamaat-ul-Mujahideen as well.

The JMB has shifted its attention to India only recently. Earlier, most of its activities were restricted to Bangladesh. While this outfit was growing in strength during the early part of 2000, the Bangladesh government cracked down on it, arresting nearly 95 per cent of its cadres. The JMB was still not operating in 2008, but according to intelligence reports they have since started re-grouping. What's worse is that they are now being backed by the Lashkar, which realises the importance of having an ally in Bangladesh.

Though the Pakistan-based terror group has worked in tandem with the HuJI, the Inter-Services Intelligence feels that the latter has been on the radar of Indian intelligence agencies for years and hence may not be able to carry out operations with ease. The Lashkar wants the HuJI to be functional, but would prefer it to focus more on India's northeast where separatist movements are looking for help from extremists, say sources from the Intelligence Bureau. The JMB gains importance in the wake of the Lashkar sending its Bangladesh-based cadres to India in the recent past.

The IB says the JMB has already started operations on Indian soil. For starters, they have taken control of the hawala operations which is a major fund grosser for terror actvities. The JMB has sympathisers in the Gulf region too and raising funds has not been much of a problem for them. In addition to this, recent arrests of JMB members along the Indo-Bangladesh border have revealed that they have been pumping in fake currency and the intelligence agencies look at this as the first step towards building up a terror network in India.

Interestingly, the first signs of the Bangladesh-based outfit turning its attention to India were seen during the hijacking of the Indian Airlines Flight 814 to Kandahar on December 24, 1999. While Indian agencies have not been able to establish a direct link between JMB and the hijack, the interrogation of a man named Belal Hosain, who was a key member of the group, revealed that he was aware of this plot.

The Central Bureau of Investigation had only managed to establish that the entire operation was planned on Bangladesh soil, but could not prove the involvement of any JMB cadre.

However, Hosain revealed that the JMB was constantly trying to regroup and had even planned a series of attacks in India. The IB says this outfit was formed by Sheikh Abdur Rehman, orginally from the HuJI, in 1998 after a fallout with it.

While the divide remained for a long time, it is now that the Lashkar has stepped in to take advantage of the JMB. 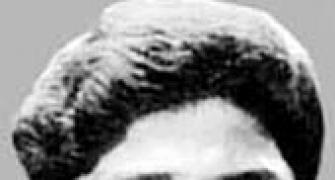 Exclusive: Confessions of a terrorist
Bangladesh: Next terror frontier?

Why LeT is sending Bangladeshi cadres to Mumbai

Why India needs to nurture Bangladesh