To be held alongside the Japur Literature Festival, the three-day BookMark conference will look at different aspects of the publishing industry -- from self-publishing to e-books, digital content to distribution. PB Chandra reports 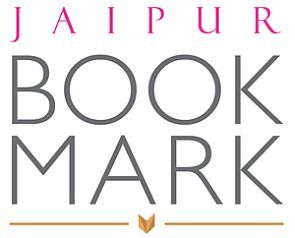 The Jaipur Literature festival will be a sort of Kumbh Mela for authors and writers where the wordsmiths would be able to sell their writings to the publishers.

The organisers have been pressed with the demand for creating a forum where they could meet not only the publishers, but also rights holders, agents and content producers. JLF participants would now be able to participate in the Jaipur BookMark that would run parallel to the literary festival but at a different heritage property, Narayan Niwas from January 18 to 20.

The three-day event would give big exposure to both established writers and also aspiring authors and writers who would be able to know different aspects of the publishing industry -- from self-publishing to e-books, digital content to distribution..

Namita Gokhale, co-director of the JLF who conceived this idea, said: “The JLF after floating the idea among the publishers received very encouraging response and in the inaugural edition of the Jaipur BookMark, 100 key publishing professionals would be interacting with authors and writers. This is a modest beginning and I am convinced that it will provide a welcome and much-needed haven for interactions within the publishing industry.”

Sanjoy K Roy, another co-director, said: “The JLF has developed from strength to strength and it has been recognised as one of the big literature festivals in the world that attracts the best of talent. The publishing industry too now recognises this fact and they are now interested in cashing in on the popularity of the festival and meet and judge the talent.”

Roy said that the publishing industry in India is counted among the top seven in the world, ranking third after the US and the UK.

India is also a major outsourcing hub for print and publishing services in the world, be it print or design.

“But there was no organised forum where the authors and writers could meet and interact. The Jaipur BookMark is the beginning and the results would start coming that would help both the writers and the publishers,” added Roy.

The Jaipur BookMark is supported by the Norwegian government. The Norwegian Fiction and Non-Fiction Abroad is a government-funded, non-commercial foundation which promotes Norwegian literature to other countries.

Over three days, the Jaipur BookMark will assess the role of industry giants and game-changers, hosting roundtable discussions on the challenges the industry faces in a constantly changing market.

A number of leading writers are participating in the event

1989 Medicine Nobel laureate Dr Harold Varmus would be there to discuss his recent memoir, The Art and Politics of  Science along with Marcus du Sautoy, one of the UK's leading scientists.

Oxford University's professor of the public understanding of science,  Du Sautoy will discuss his book The Number Mysteries and  discuss the five mathematical problems that just refuse be solved, whilst also explaining how many everyday problems can be solved by simple math.

During the festival, visitors will discover why Genghis Khan built a city of 108 towers, how Dante forged his Divine Comedy on the number eleven, and why thirteen (13) is so unlucky in the West, while fourteen (14) is the number to avoid in China, and so on

Rana Mitter will recount the epic, untold story of China’s devastating eight-year war of resistance against Japan -- a war which later led to China becoming an ally of the West.