Salute Jaipur! The city has the best police station in Asia

The Vidhayakpuri police station, with around one lakh people under its jurisdiction, is located in the city's southern flank and has been selected amongst the police stations of 211 world cities in 20 countries like Bangladesh, Brazil, Malaysia, Mexico, Russia and Uganda.

The award, instituted by New York-based Altus Global Alliance-- an organisation working for public safety and justice across the globe, will be received by the district police chief at Abuja in Nigeria at a ceremony on March 25 and 26.

"This is a motivating recognition for all the personnel. The area under this police station covers the most important roads and business streets of the city," Superintendent of Police Jaipur city (South) Jose Mohan said.

The initiative is a unique global event organised by the organisation to assess the quality of services delivered in the participating police departments to identify best practices in use by police to strengthen the accountability of police to local citizens and to promote human rights, he said.

Two other police stations of the country-- Sector 17, Chandigarh and Vadakkenchery in Kerala also made to the final list for the title on parameters like public satisfaction, service delivery, working conditions of personnel, motivation among them and infrastructure and logistics at the police station.

Hassle-free registration of cases was the benchmark here. Fair and speedy disposal of complaints was ensured and public were involved in amicable settlement of petty disputes, Mohan said. 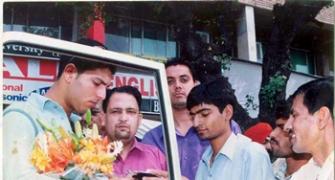 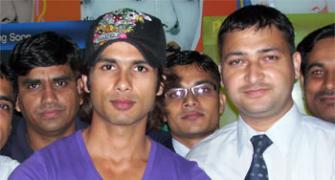 Haryana has no right over Chandigarh: Badal