A plea for a separate time zone for the north east region to match its productivity, progress and prosperity with the rest of the country was made by internationally-acclaimed film maker Jahnu Barua on Saturday. "The time difference between the eastern-most and western-most borders of the country is more than two hours. The NE region gets daylight much before the rest of the country," Barua, a former ISRO scientist researching the issue for over 20 years, said at an open discussion 'Separate Time Zone for the North-east' in Guwahati.

"Normal activity schedules like meal timings, working and sleeping hours more or less remain the same across the country as it has a single time zone. As a result each of these activities in the N-E get delayed by almost two hours compared to those in the western states," he said. The delay over the years as far as availability and usability of daylight and dark hours are concerned had resulted in "colossal" losses for the NE in all spheres, explained the Padma Shri awardee. Analysing the impact of the single time zone, he said, "When a country functions on one single standard based on its mean longitude, the people on its west are always in an advantageous position so far as the utilisation of daylight is concerned."

Giving examples, Barua said the advantage for the western part of the country was seen in productive, progressive and
prosperous Maharashtra, Punjab, Rajasthan, Haryana, Gujarat,

Andhra Pradesh, Karnataka, Kerala, Tamil Nadu, Madhaya Pradesh and Uttar Pradesh west of the IST longitude. "All the less productive, progressive and prosperous states like the N-E states, West Bengal, Bihar, Orissa and Jharkhand are situated in the east.

"The Northeast, which is situated in the far east, wastes two to three hours of daylight every day having to function on Indian Standard Time and thereby ends up being the least productive, progressive and prosperous," he said. Moreover, India was not observing Daylight Saving Time (DST) as many countries do to maximise utilisation of daylight during longer days period for productivity and to to save electricity.

"Delhi as the political capital and Mumbai as the financial capital of the country decide on central issues. So it is important to make them feel what the North-easterners are going through," he asserted. Barua said while it is considered a minimum of six hours of productive input is put in per day, the Northeast has then lost 25 years and 10 months in terms of productivity since Independence by following the IST.

"If the single timezone continues, the NE would be 54 years behind in 100 years," he said to buttress the demand for a separate timezone based on longitudes belonging to the east. "For the N-E it should be longitude 105 degrees east,
which is seven hours ahead of the GMT, and for the rest 90 degress east, six hours ahead of the GMT. It will bring in tremendous changes not only to the N-E but also to the entire country towards improvement in all spheres," Barua added.

The open discussion, organised by K C Das Commerce College, adopted resolutions to launch vigorous campaign for
a separate time zone for the NE and submit memoranda on it to the President, the Prime Minister, the Union Minister for
Science and Environment and chief ministers of the north eastern states.
Source: PTI© Copyright 2021 PTI. All rights reserved. Republication or redistribution of PTI content, including by framing or similar means, is expressly prohibited without the prior written consent.
Related News: Jahnu Barua, Northeast, IST, N-E, K C Das Commerce College
SHARE THIS STORY
Print this article 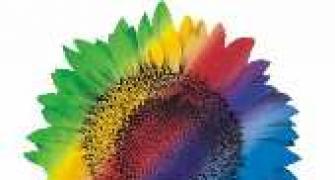