The Bharatiya Janata Party on Monday described the arrest of YSR Congress chief Jaganmohan Reddy as an instance of "political vendetta" and sought to know why no action has been taken against ruling party leaders like Sushil Kumar Shinde and Vilasrao Deshmukh who are facing similar charges of graft.

"CBI action of arresting Jaganmohan Reddy becomes suspect when Congress has selectively chosen to act against an individual. It is selectively targeting him.... Political

vendetta is being used against those who are opposing the Congress," BJP spokesperson Rajiv Pratap Rudy said.

Rudy insisted that the action against Reddy has been taken as he is fighting the Congress in Andhra Pradesh.

"Jaganmohan Reddy is a member of Parliament from Kadapa. He is the President of YSR Congress. He is the son of the late Rajshekhar Reddy.... For whatsoever reasons, Jagan is opposing the Congress," Rudy said.

He reasoned that there are eight ministers in the Kiran Reddy government of Andhra Pradesh who are facing charges similar to those against Jaganmohan Reddy but CBI has taken no action against them. He named Savitha Reddy and Geeta Reddy, among others, against whom the Supreme Court has issued notices on charges of corruption.

"Why is law not taking its own course against those who are in government?" Rudy said.

The opposition also pointed out that CBI has not taken any action against some union ministers and Congress leaders who have serious cases of corruption against them.

Sushil Kumar Shinde, Vilasrao Deshmukh (both union ministers) and Kripa Shankar Singh (former Mumbai Congress chief) are facing corruption charges. Why is the government not acting against them. Why is it trying to use its forces only to keep its opponents mum?" Rudy said.

There are allegations that Shinde and Deshmukh are involved in the Adarsh Housing Society scam. Kripa Shankar Singh is facing charges of possessing disproportionate assets.

Asked if the BJP was supporting Jaganmohan as it saw a possible ally in him, Rudy replied in the negative.

"We have nothing to say about the individual.... There is no question of an alliance. It's inconsequential. But state machinery is being used against political opponents," Rudy said.

When it was pointed out that Jaganmohan Reddy and the Bellary brothers- who belong to the BJP- were business partners in mining and all are facing charges of illegal acts, Rudy said the party wants a fair investigation into the matter.

"We have no objection to a probe into the mining cases. We are only against the misuse of government powers against political opponents," Rudy said.

He rued that this arrest has come at a time when Andhra Pradesh is already on the boil due to the ongoing agitation for a separate Telangana state.
PTI
Source: PTI© Copyright 2022 PTI. All rights reserved. Republication or redistribution of PTI content, including by framing or similar means, is expressly prohibited without the prior written consent.
Related News: Bharatiya Janata Party, Pratap Rudy, YSR Congress, Andhra Pradesh, Jaganmohan Reddy
Print this article
Jagan's arrest overtakes KKR victory in cyber space 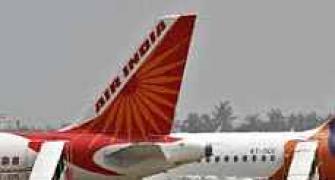 Congress has nothing to do with Jagan's arrest: Andhra CM