The bench which was hearing a petition filed by an advocate, Sudhakar Reddy, while ordering notices, sought to know on what basis some files were declared which led up to this entire case.

Sudhakar, who is a Nellore-based advocate had moved the SC seeking a directive to the Central Bureau of Investigation to probe the role of six ministers and 8 IAS officials from Andhra Pradesh in connection with the assets case involving Jagan.

He stated that he had filed a private complaint as well before the special CBI court in which he had urged that the above persons be investigated in the case. He stated that the IAS officials and the ministers were working under Jagan's father, Y S Rajashekhara Reddy when he was the chief minister of AP before he died in a chopper crash in September 2009.

He alleged that these ministers and officials were privy to government orders which benefited some of the firms belonging to Jagan. 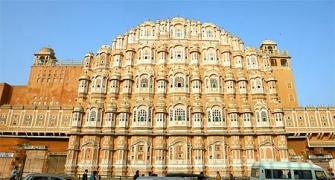