The phone could be in your hand but another person, possibly a militant or a sympathiser, could be using its ’hotspot' facility, say police officials, red-flagging the latest modus operandi of terrorists in Kashmir and warning unsuspecting civilians about the trouble they could land in. Taking serious note of the new MO adopted by terrorists and their overground workers to escape the security radar, the officials said wrong use of a SIM card or providing communication facility to a terrorist through ’hotspot' will make the subscriber of the card liable for investigation and arrest.

”SIM card subscribers cannot hide behind the fact that they themselves are not into terrorism and that their SIM card has not been used directly by the terrorists. Allowing one's SIM card to be used through 'hotspot' is direct liability according to the police,” an official told PTI on condition of anonymity.

The relatively new way of operating came to light during in-depth investigation of a terror network case.

In October last year, based on intelligence inputs, the police nabbed Mukhtar Ahmad Kumar from south Kashmir's Pulwama district under the stringent Public Safety Act (PSA) and shifted him to a prison in Agra.

His troubles, it appeared, started when he got a SIM card in his name and gave it to his fiancee in Srinagar along with a mobile phone. Investigations revealed that the SIM card and the device were used by the Lashkar-e-Tayiba for planning a terrorist attack, officials said.

Though his fiancee denied giving the phone to anyone, she admitted that another woman, now on the run, was using her data, particularly its hotspot.

Kumar's family, trying hard to secure his release, have said in their appeals to the government that he has not been involved in any wrongdoing. However, officials said he was picked up after intelligence agencies assessed his role in a terror network and alleged that he had deep links with a terror outfit.

The clinching evidence, they said, is the SIM card.

Terrorists and their associates have now been communicating with each other and their handlers in Pakistan by using hotspots of SIM cards and devices of those less likely to be suspected by police.

”A lot of people do not know how to set a password to block access to their mobile hotspot. As a result, chances of the misuse of their SIM cards  increase manifold,” an official said, adding that the police are reaching out to people to help them make their mobile phones secure.

He said awareness campaigns have started, particularly in rural areas, about the importance of using a password. Why Are The Generals At LoC? 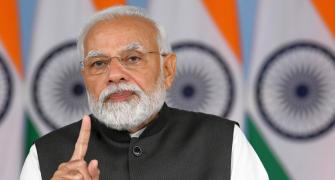 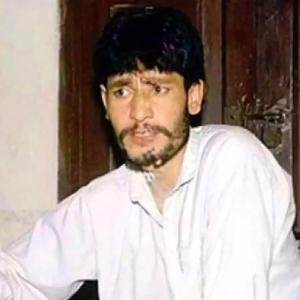