Four government employees, including a policeman, and a bank manager were dismissed from service by the Jammu and Kashmir administration for their alleged involvement in anti-national activities, officials said on Saturday. 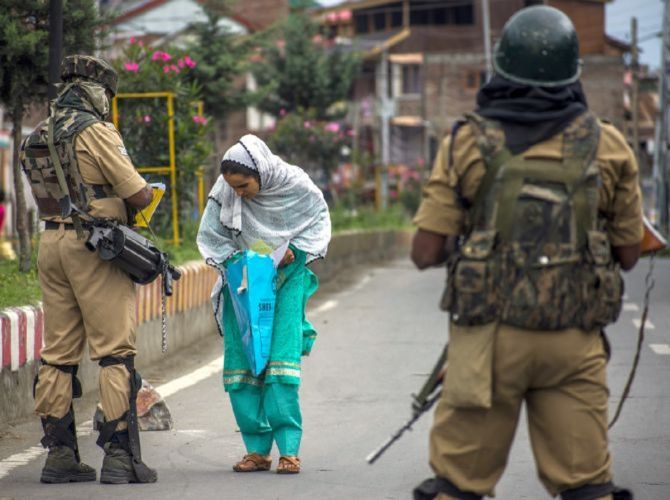 The dismissal of the five --most of whom have cases registered against them for terror activities -- was ordered under Article 311 of the Indian Constitution, an official spokesperson said.

Article 311 provides for the dismissal of a person employed in civil capacities under a Union or a state.

"The activities of these employees had come to the adverse notice of law enforcement and intelligence agencies, as they have been found involved in activities prejudicial to the interests of the security of the state," the spokesperson said.

The spokesperson said the committee constituted by the government on July 30, 2020, for scrutinising the inputs, records and cognisable material, recommended the dismissal of the five, taking the number of such employees who were terminated from service for 'anti-national activities' to 44 in the Union Territory.

The process of dismissal began in April last year and among those dismissed from the government service included three sons of Pakistan-based Hizbul Mujahideen supremo Syed Sallahuddin and tainted deputy superintendent of police Devender Singh (now removed), who was caught with a most wanted terrorist and two others travelling along the Srinagar-Jammu national highway.

Afaq Ahmad Wani, Syed Iftikhar Andrabi and Abdul Momin Peer are among several persons chargesheeted by the National Investigation Agency in a major narco-terrorism racket, which was unearthed in north Kashmir's Kupwara district on June 11, 2020. A total of 21 kilograms of heroin and over Rs 1.35 crore was recovered.

"Wani has been part of a narco-terror module and involved in sale, purchase, transportation, warehousing and possession of heroin," the spokesperson said.

Peer, also involved in narco-terror financing, has been part of the distribution network, he added.

Peer visited Pakistan in 2016 and 2017 with the aim of developing an understanding of the broader objectives of terror-separatist campaigns, the spokesperson said.

Andrabi has also worked as over ground worker for Lashar-e-Tayiba and Hizbul Mujahidin terror outfits, he said.

"He had developed close links with Pakistan Occupied Kashmir-based terrorists and got involved in narco-terror financing. He can be described as a double agent as he maintained very close relations with the Indian law enforcement agencies," the spokesperson said.

He said Tanveer Saleem Dar has always subscribed to the 'secessionist and radical' ideology and two cases stand registered against him.

"He has been found involved in a number of terror activities and an active courier of the militant outfits."

Irshad Khan has been found involved in helping terrorists carry out terror activities, the spokesperson said.

"He has been found involved in facilitating terrorists to move out of India and is also figuring in three cases including one related to the Unlawful Activities (Prevention) Act," he said.

The spokesperson said the administration has adopted a 'zero tolerance policy' towards anti-national elements who have been taking refuge as being associated with the government machinery.

"In future also, the government will not hesitate in taking stern actions against these anti-national elements," he added. 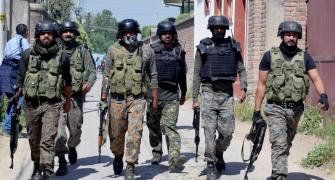 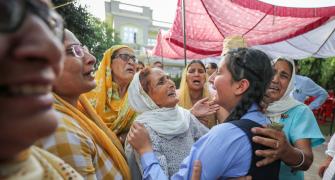 Kashmiri migrant employees to be posted in safe sites 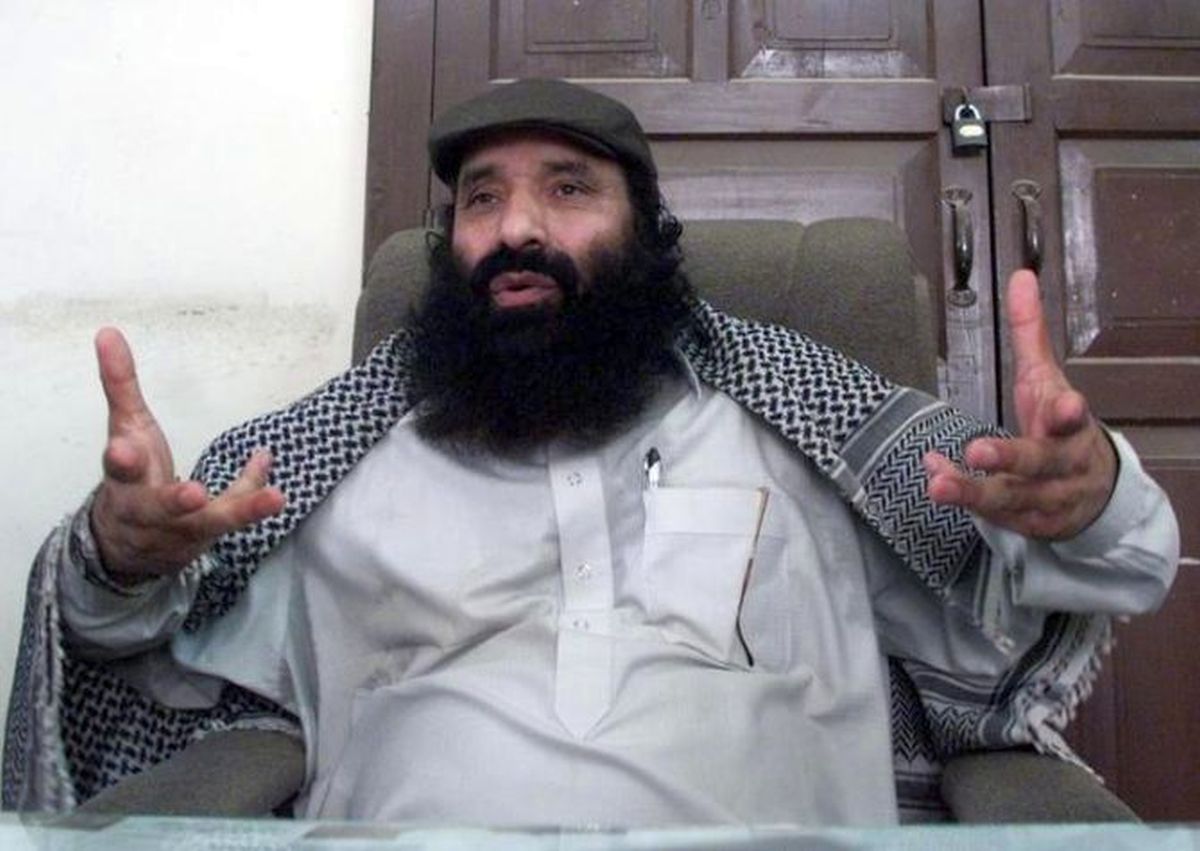