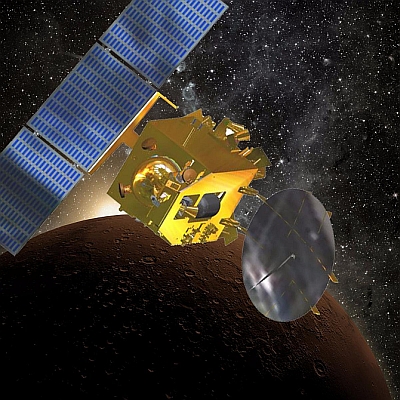 The mission, launched by ISRO on November 5, 2013, successfully placed itself into Martian orbit on September 24, 2014 in its first attempt.

Although the designed mission life of MOM was six months, the satellite has continued to beam back science data from Mars for the past four years.

“It’s been 4 years since I am around! Thank you for your love and support,” the ISRO’s Mars Orbiter Twitter handle said on Tuesday.

The tweet included an image taken by the orbiter of Olympus Mons -- the largest known volcano of the solar system.

MOM is built with full autonomy to take care of itself for long periods without any ground intervention. The spacecraft came out of communication ‘blackout’ during this period.

MOM is the only Martian artificial satellite which could image the full disc of Mars in one view frame and also image the far side of the Martian moon Deimos.

The Mars Colour Camera has acquired over 980 images so far. The mission has also helped scientists successfully prepare a global atlas of Mars.