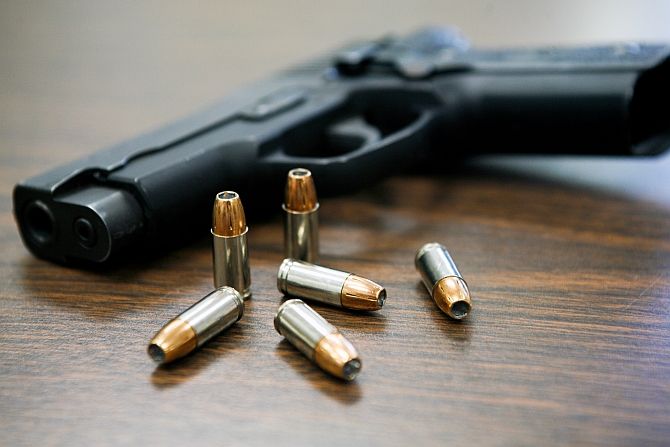 An Indo-Tibetan Border Police soldier allegedly opened fire at his colleagues in Chhattisgarh's Narayanpur district on Wednesday, killing five personnel and injuring two before killing himself in a suspected case of fratricide, police said.

The incident took place around 8.30 am in a camp of the Indo-Tibetan Border Police's 45th battalion in Kadenar village, around 350 km from Raipur, said Inspector General of Police (Bastar range) Sundarraj P.

"An ITBP constable, identified as Masudul Rahman, opened fire from his service weapon, killing four troopers at the spot and injuring three other jawans, after some unknown dispute among them," he said.

One of the injured personnel succumbed to his injuries later, the officer said.

ITBP spokesperson Vivek Kumar Pandey said in New Delhi that Rahman killed his colleagues and then shot himself dead, adding that the constable was not shot by other troops.

Earlier, the Bastar range IG had said: "It was not yet clear whether Rahman killed himself or died in retaliation by his colleagues. Weapons of the killed jawans will be checked to ascertain whether they had retaliated or not."

The two injured soldiers were airlifted and admitted to a private hospital in Raipur for treatment, he added.

Those killed have been identified as head constables Mahendra Singh and Daljit Singh, and constables Surjit Sarkar, Biswaroop Mahto and Bijeesh, apart from Rahman, the officer said.

Constables S B Ullas and Sitaram Doon were injured in the incident. They all belonged to the ITBP's 45th battalion, he added.