Family members of the Central Reserve Police Force personnel, who lost their lives in Pulwama attack, on Tuesday said they have found some solace in the airstrike against Jaish-e-Mohammed terrorists but pressed for efforts to wipe out the menace of terrorism “once and for all”. 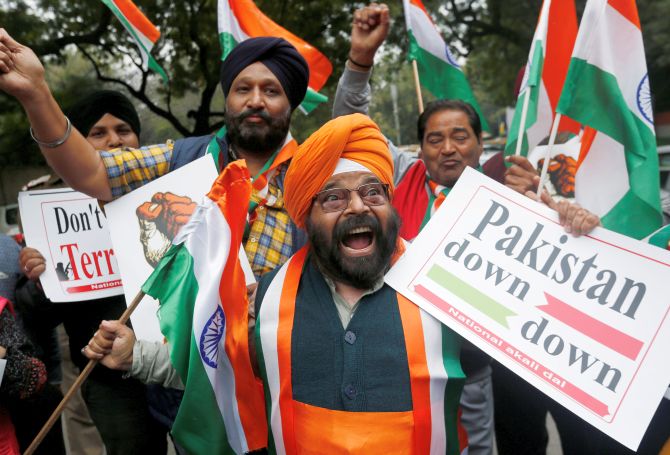 Narayan Lal, a native of Binol village of Rajsamand district, is survived by wife and two minor children. He was among the five victims from Rajasthan who lost their lives in the February 14 attack by Jaish-e-Mohammed.

Vikram, younger brother of another victim Jeet Ram, said, “A step has been taken but we want that the menace of terrorism should be ended once and for all.”

In Shahpura town of Jaipur district, people burst crackers at the cremation site of CRPF soldier Rohitash Lamba, who was bid a tearful adieu by thousands of mourners less than two weeks back.

“There is satisfaction among the people of the country. Government’s decision is appreciable as the action was within 13 days of the terror attack,” said Jitendra Lamba, younger brother of Rohitash.

Slain CRPF jawan H Guru’s native village Gudigere in Mandya district too burst into jubilation on hearing about the Indian Air Force’s early morning attack on the JeM terror camp. Villagers took out a march and a tricolour was unfurled atop his house as a mark of respect.

“We have been insisting on peace but peace is not a solution anymore. They have to be completely destroyed.

“My son will rest in peace only if they are wiped out entirely,” said Guru’s father Honnaiah.

With tears in her eyes, Guru’s wife Kalavathi told reporters: “I salute the Indian armed forces. I am happy with this action. I feel that this action will give peace to the martyred soldiers. I am proud of my Indian Armed Forces.”

He, however, said had this action been taken before the Pulwama attack, the lives of 40 CRPF jawans would have been saved.

Harbhajan Kaur, mother of Pulwama victim Sukhjinder Singh from village Gandiwind from Tarn Taran said, “It has given relief to my heart. It is a suitable revenge by the Indian forces”.

Singh’s father Gurmail Singh said, “The attack by the Indian forces is fully justified. It was the need of the hour. The IAF action would encourage youths to join Indian Army to serve the nation”.

The jawan’s brother Gurjant Singh said, “The moment I came to know that Indian government has taken revenge for my brother’s killing, it gave me great solace”.

“I understand my brother Sukhjinder would never come back but at least his killers were given a befitting reply that would also uplift the morale of our forces,” he said.

Satpal Attri, father of Mandeep Singh of Dinanagar in Gurdaspur district, said such strikes should be carried out in future as well if Pakistan does not mend its ways.

Four CRPF personnel from Punjab were among 40 security personnel who died in the Pulwama suicide terror attack by JeM on February 14.

“They should kill more terrorists. I pray for peace in India,” CRPF jawan Sudip Biswas’ father Sannyashi Biswas said at their home at Tehatta in Nadia district of West Bengal.

“Today is the ‘sraddha’ of my son. The killing of terrorists on this very day has given me some peace. They have snatched my son. India should kill more terrorists,” his mother said.

Relatives gathered at Sudip’s home for the post-death ritual. They garlanded a photograph of his in CRPF uniform. A national flag was attached to the white cloth that covered the marquee erected to observe the sraddha ritual.

Another CRPF victim Bablu Santra’s wife Mita said it is good that the government avenged the Pulwama attack but it should also take steps to ensure safety of jawans.

“The government has thought of avenging the deaths and they have done it. It is good. But they should also take steps to ensure the safety and security of the jawans posted in Kashmir,” she said.

“Jawans are also son, husband, and father and it is the duty of the government to ensure their safety,” Mita said.

In a swift and precise air strike, India bombed and destroyed Jaish-e-Mohammed’s biggest training camp in Pakistan early Tuesday, killing over 350 terrorists, trainers and senior commanders, according to officials. 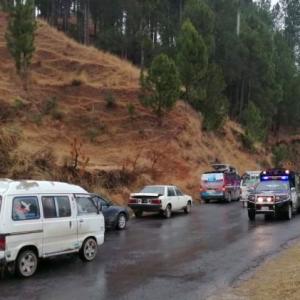