Social media was abuzz on Tuesday with messages of solidarity with the agitating farmers on 'Bharat Bandh' day as netizens made ploughs, tractors, crops and 'Kisan' trend on Twitter in support of the protesters' demands. IMAGE: People block traffic at Sion -Panvel highway during the nationwide strike, called by agitating farmers to press for repeal of the Centres agri-laws, in Mumbai. Photograph: Shashank Parade/PTI Photo

A nationwide agitation was held on the call of 'December 8 Kisan Mahaandolan' as protesting farmers vociferously reiterated their demand of repealing the new farm laws, which they have termed as "kala kanoon".

As the agitation picked up in the morning, the hashtag #Aaj_Bharat_Bandh_Hai was trending till late afternoon.

Many users also shared videos of deserted markets in cities in Gujarat, Maharashtra and other states to show the impact of the stir.

Images of ploughs locking a door drawn in the shape of India's map and tractors triumphing over odds were widely shared to convey the idea of bandh and farmers' struggle.

Punjabi singer Diljit Dosanjh, who recently had an ugly spat with actress Kangana Ranaut over the farmers' protest issue, shared posters of 'Bharat Bandh' and the trending hashtag #AajBharatBandhHai.

Many other Twitter users posted posters, pictures and videos to convey their solidarity with the farmers.

"Finally Thumbs upThumbs upThumbs up Worldwide trending on number 1 #AajBharatBandhHai," wrote @JowanjotKaur while sharing an image of a Punjabi 'kisan' holding a flag atop the hood of a tractor.

The user posted an image of a lock and chain over the map of India to represent the nationwide stir.

Another Twitter user @TiwanaAmann shared an image of Muslims and Sikhs praying at a protest site, side by side, and wrote: "It feels so proud to see how this movement has made people united all over the world . Nobody might have thought farmers would trend today."

User @VenkatBhandari3 used an image of a plough figuratively locking the 'door of India' and tweeted: "Farmers are backbone of country they give us food on plate but they get tear gas,water canons and sticks on them #ISTANDWITHFARMER #AajBharatBandhHai."

"Farmers play a vital role in the Earth's Foodsystem, without them human race's survival is difficult. #FarmBills is also a huge threat towards the global food security. Let us support #BharatBandh," wrote user @KTRTRS.

"I am a Panjabi, I am a farmer Tractor? ?I grew up in a village as a farmer, my whole village in Panjab is a farming community ! ? ? I will ALWAYS stand with my people Raised fistRaised fist? ? #IamAFarmer #SonOfPanjab #StandWithFarmers #Farmers #FarmerProtest #TractorToTwitter," tweeted @RaviSinghKA.

User @Sardarn57844700 shared a poster with a message: "The whole county stands with Annadata'." 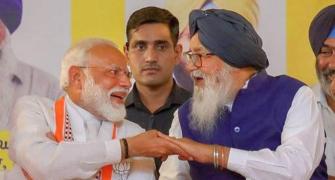 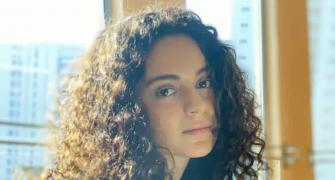 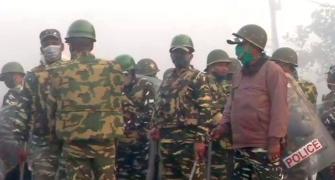 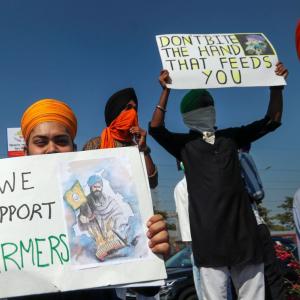 Life hit in some states due to Bharat bandh by farmers 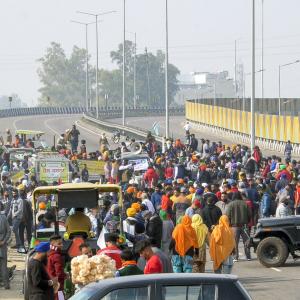 Bandh likely to hit supply of rations for protesters