India on Wednesday successfully put into orbit its latest communication satellite with its heaviest rocket and the new space mission is expected to serve the communication needs of people in the remote areas of the country. The textbook launch of the rocket GSLV-MkIII-D, which is dubbed by the Indian Space Research Organisation as the 'Bahubali' or 'fat boy' of Indian rockets, is also seen as crucial for the space agency as it would be used for the ambitious Chandrayaan-2 (lunar mission) and the country's planned manned space mission.

The 3,423 kg satellite GSAT-29 is also the heaviest Indian satellite to be put into orbit.

ISRO chief K Sivan said while the rocket's first operational mission was going to be 'none other than Chandrayaan' in January 2019, 'this fantastic vehicle is going to carry humans to space in three years from now'. IMAGE: The 3,423 kg satellite GSAT-29 is also the heaviest Indian satellite to be put into orbit. Photograph: ISRO Photo via PTI

The ISRO has set a 'target' of achieving the country's ambitious manned mission to space by 2021, with the first unmanned programme of 'Gaganyaan' planned for December 2020, according to Sivan.

Prime Minister Narendra Modi announced in his Independence Day address this year that India will attempt to send an astronaut to space by 2022 on board 'Gaganyaan'.

The 27-hour-countdown for the Wednesday launch began at 2.50 pm on Tuesday and the rocket blasted off at 5.08 pm from the spaceport at Sriharikota over 100 km from Chennai.

The satellite carries Ka and Ku band high throughput transponders which will provide communication services to remote places in the North East and Jammu and Kashmir, besides aid the Centre's Digital India programme, Sivan said. 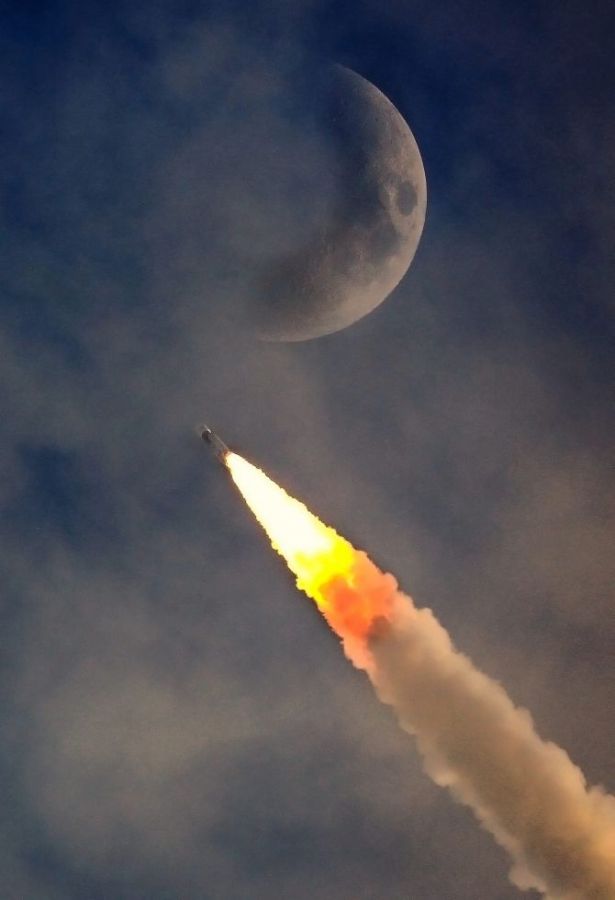 IMAGE: According to ISRO, the GSAT-29 satellite is intended to serve as a test bed for several new technologies. It is specifically designed to cater to communication requirements of users from remote areas of the country. Photograph: ISRO Photo via PTI

ISRO scientists broke into cheers as the satellite was injected into a geosynchronous orbit, 16 minutes after lift-off.

Sivan said the country had achieved a significant milestone following the successful launch and the injection of the satellite into the intended profit was 'precise.'

"I am extremely happy to declare that our heaviest launcher in its second mission has lifted the heaviest satellite, GSAT 29 from Indian soil, and after a majestic travel of 16 minutes, it precisely injected it into the intended Geo Transfer Orbit," he said. Cyclone Gaja had clouded the launch plans but with its changing course and conducive weather conditions prevailing, the rocket blasted off on schedule.

Vice-President M Venkaiah Naidu and Prime Minister Narendra Modi congratulated the ISRO scientists for the successful mission, saying it would boost the communication services in the remotest corners of the country.

Modi said the satellite would provide communication and internet services to the remotest corners of the country.

'My heartiest congratulations to our scientists on the successful launch of GSLV MK III-D2 carrying GSAT-29 satellite. The double success sets a new record of putting the heaviest satellite in orbit by an Indian launch vehicle,' he tweeted.

The satellite would be placed in its final Geostationary Orbit using the on-board propulsion system and it may take a few days after separation from launcher to reach the orbital slot, the ISRO said. 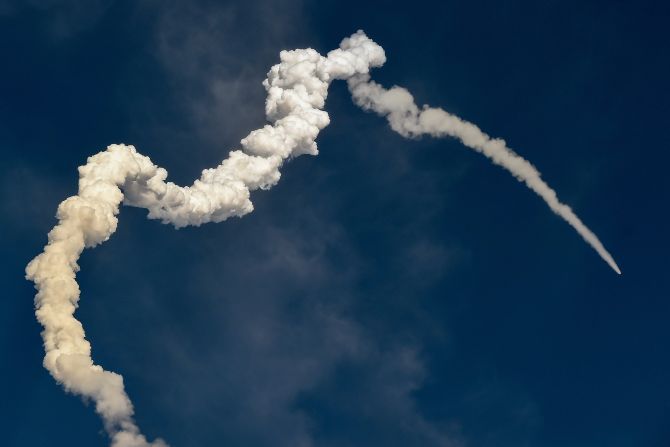 Addressing reporters after the launch, Sivan said said, "We have to achieve 10 missions before January."

He said, in January next, the ISRO would launch the Chandrayaan-II mission (lunar lander) which will be the first operational mission of the GSLV-Mk III-vehicle.

"That is six satellite missions as well as four launch vehicle missions. Definitely, the task in front of us is very huge," he said.

The GSLV-MkIII-D2 is a three-stage launch vehicle with two solid strap-ons, a liquid core stage and a cryogenic upper stage.

Compared to solid and liquid stages, the C25 cryogenic stage is more efficient as well as complex.

According to ISRO, the GSAT-29 satellite is intended to serve as a test bed for several new technologies.

It is specifically designed to cater to communication requirements of users from remote areas of the country. The mission life is about 10 years.

GSLV-MkIII is the fifth generation launch vehicle developed by the ISRO and is designed to place satellites of up to 4,000 kg in GTO.

The launch vehicle is the 67th launch mission from the Satish Dhawan Space Centre at Sriharikota with GSAT-29 being the 33rd communication satellite built by the ISRO for which this will be the fifth launch this year.

S Vijay Karthik in Sriharikota
© Copyright 2021 PTI. All rights reserved. Republication or redistribution of PTI content, including by framing or similar means, is expressly prohibited without the prior written consent.