The year ended with the launch of the PSLV's 50th mission.
T E Narasimhan reports. 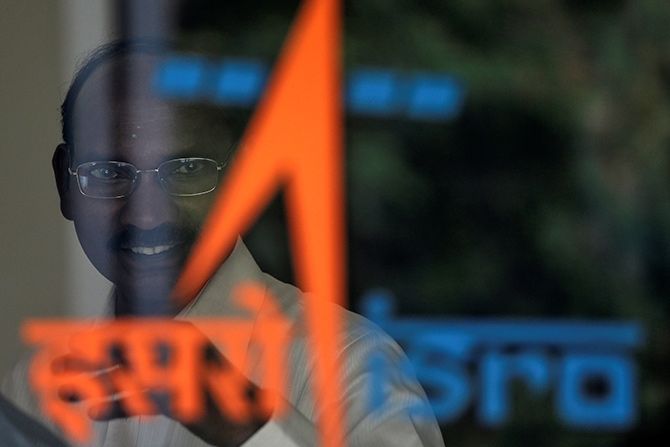 Despite the setback in Chandrayaan-2, the Indian Space Research Organisation has completed this year with 13 missions -- six launch-vehicles and seven satellites.

The number is smaller than its equivalent in the previous year, 2018, when it completed 16 missions and its initial targets.

This is because the space agency was busy preparing for major milestones including the launch of Chandrayaan-2, the first human space programme Gaganyaan, and its mission to the Sun, which is Aditya-1.

At the beginning of this year, Isro said it had plans for 32 missions (14 launch-vehicles, 17 satellites, and one technology-demonstration) in 2019, including the complex Chandrayaan-2 and the development flights of the Small Satellite Launch Vehicle (SSLV), the new member to the Launch Vehicle family.

Isro started this year not with a launch, but by signing agreements to outsource the production of the Polar Satellite Launch Vehicle (PSLV), its reliable launch vehicle.

This is the first major breakthrough, because it will help Isro to focus on satellite applications rather than rockets.

The Central government has approved advanced, time-bound projects including the commercialisation of GSLV Mk III, design and development of the semi-cryo stage, the Gaganyaan human space mission, and other advanced space exploration missions.

"The limited resources of Isro will be utilised for these projects. At the same time, the regular production of the PSLV will be realised by an industry consortium and Isro will do mission analysis and planning and configuration controls," said Sivan.

The agency also strengthened its collaboration with academia by announcing six Isro research chairs to cater for the emerging technology development needs and incubation centres across the country.

The launches started with the PSLV-C44 mission on January 24.

It was the first mission of the PSLV-DL and is a new variant of the PSLV.

The rocket carried Microsat-R, an imaging satellite, and Kalamsat, a student satellite to the Sun Synchronous Polar Orbit.

While in the next four months the space agency had three launches, including a satellite launch in French Guiana, Isro signed an MoU with the Indian Air Force for cooperation in crew selection and training for the Gaganyaan Project, the country's Human Space Programme, targeted for 2022.

The government announced the formation of NewSpace India in March, with its business plan identical to that of Antrix Corporation, the first commercial arm of Isro. It will be a nodal agency for the PSLV.

From June to September, Isro's focus was largely on Chandrayaan-2, which, Isro said, was a greater technical challenge than the controlled crash of its predecessor.

Isro attempted to land its lander on the South Pole of the moon, which no country explored with a landing.

On July 15, the mission was called off as Isro found a technical slag.

After correcting the issue, Chandrayaan-2 was launched on July 22 for a 48-day journey.

While the Orbiter was inserted into the lunar orbit on September 2 successfully, Isro's attempt to soft-land its lander Vikram on the moon could not succeed.

With the fuel available, the life of the orbiter could be seven years instead of the scheduled five.

After this setback, Isro launched PSLV-C47, which carried Cartosat-3 and 13, both nanosatellites, in the US.

Cartosat-3 is the third-generation agile advanced earth observation satellite, having a high-resolution imaging capability. The mission life of the satellite is five years.

Besides its civilian use for large-scale urban planning, coastal land use, rural resource and infrastructure development, the satellite will increase the space-surveillance capability of the security forces.

The year ended with the launch of the PSLV's 50th mission.

The rocket PSLV-C48 placed India's latest spy satellite RISAT-2BR1 and nine other foreign satellites on their orbits. Sivan said this would be the last launch in the year. 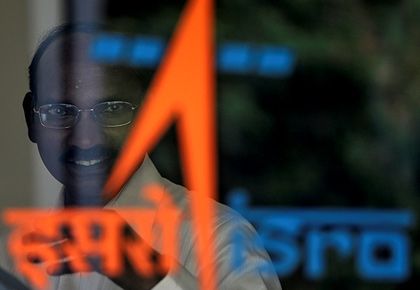