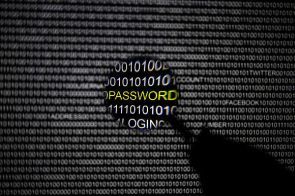 A twitter handle of the Israeli army was taken over by Internet hackers, who posted a message warning that a nuclear facility in Israel has been hit by two rockets, causing a brief torrent of panic.

Israel's most popular news portal Ynet posted a screenshot of the alarming tweet: "#WARNING: Possible nuclear leak in the region after 2 rockets hit Dimona nuclear facility" in the south of the country."

"We apologise for the incorrect tweets," the IDF Spokesman's Office wrote.

"Our twitter account was compromised. We will combat terror on all fronts including the cyber dimension," the statement said.

The Syrian Electronic Army claimed responsibility for the hacking, posting a screenshot on its Twitter page to prove it.

The group has been known for taking over Twitter accounts in the past. Last year, it claimed responsibility for getting into the accounts of several media organisations.

The online attack comes as the Israeli forces are battling a surge in firefighting and increased mortar assaults by Hamas militants following the death of a 16-year-old Arab boy in a suspected revenge attack by rightwing extremists to avenge the killings of three Israeli teen in West Bank last month.

Israel has scrambled its troops near the border with Gaza Strip after heavy exchange of gunfire and mortar launches with Hamas militants.

Israeli warplanes continue to pounded targets inside Gaza on Thursday and militants fired rockets into Israel.