A prominent Islamic shrine in Bareilly has issued a decree banning religious conversion by force or allurement, endorsing Uttar Pradesh's recent ordinance aimed at curbing inter-faith marriages as an alleged ploy for conversion. 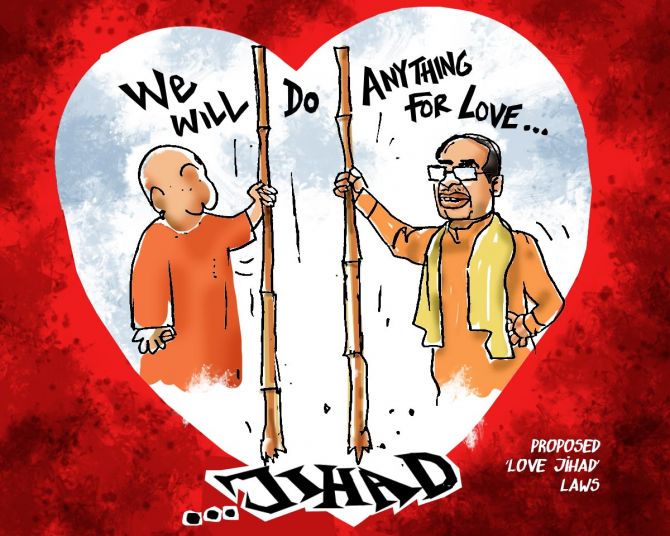 Bareilly's Dargah-e-Ala Hazrat, one of the most revered shrines for the Barelvi sect of Sunni Muslims, issued the ‘fatwa' terming forcible and fraudulent conversions as against the tenets of Islam.

In his decree, issued on Tuesday evening, the president of Markaz-e-Darul Ifta of Dargah-e-Ala Hazrat, Mufti Musibur Rahman Rajvi, said in the light of Quran and ‘Shariat', religious conversion by force or allurement was illegal.

Markaz-e-Darul Ifta president issued the decree in response to some posers by the Rashtriya Sunni Ulema Council president Maulana Interzar Ahamad Kadri on the issue of interfaith marriages and entailing conversion.

Kadri had asked if a Muslim man can religiously convert a non-Muslim girl after marrying her by fraud.

The Rashtriya Sunni Ulema Council president had also asked if there exists in ‘Shariat’ (Islamic laws) any phenomenon of ‘love jihad’, a derogatory coinage referring to the alleged campaign of Muslims forcing Hindu girls to convert in the guise of love.

On the question about ‘love jihad’, the ‘fatwa’ said Islam has no place for any such thing.

"It is a social evil that extends from Western civilisation. Love is an English word and jihad Arabic. It is not related to each other. In the eyes of the ‘Shariat’, ‘love jihad’ has no status," the ‘fatwa’ said.

The Darul Ifta ulema has also supported the ordinance brought by the Uttar Pradesh government recently against wrongful conversion. This ‘fatwa’ has also been trending on social media.

The Uttar Pradesh ordinance, aimed at curbing forcible or fraudulent religious conversions including those in the garb of marriage, had got the assent of state governor Anandiben Patel. It provides for a jail term up to 10 years for any violations.

The law, which deals with different categories of offences, provides for declaring a marriage "null and void" if a woman has been converted only because she had undergone an inter-faith marriage, and those wishing to change their religion after marriage need to apply to the district magistrate.

The Yogi Adityanath government had on November 24 approved the draft of the Uttar Pradesh Prohibition of Unlawful Conversion of Religion Ordinance, 2020, which also curbs religious conversions only for the sake of marriage, dubbed by BJP leaders as 'love jihad'.