In an ominous development, Pakistan's Inter-Services Intelligence has roped in separatist leaders and their sympathisers to make inroads in Naxal ranks in its anti-India strategies after making a failed attempt to enlist the support of the Maoist rebels.

Some of the arrested militants and overground Naxal workers spoke about the plan of the deadly Inter Services Intelligence(ISI) after the Pakistani agency found it was not possible to penetrate the security system of India regularly, official sources said. The sources said there was evidence pointing to ISI desperately trying to make inroads into the Naxal ranks and had now started seeking support of Kashmiri separatists and their sympathisers in this regard for their sinister designs.

A detailed analysis of events by subversive elements in the state showed that some Naxal activities were first noticed in R S Pura in 2007, the sources said. It was also found in 2008 that the Naxals had some support base in the Jammu University, the sources said. Another indicator to a link between Naxals and separatists in the Kashmir Valley came to light when Masarat Alam, the mastermind behind stone-pelting incidents, circulated a pamphlet about the plan for strikes by separatists. Ironically, the pamphlet was prepared by an overground Naxal worker and at several places, even the language was the same, the sources said.

A detailed examination by the Questioner of Examined Document (QED) of the paper showed that the font used in the pamphlet circulated by the Naxal leader Kishenji and by Masarat Alam were identical and even the printers were the same, the sources said. Over the last two years, some of the naxal overground supporters have been visiting Kashmir Valley and Jammu regions which has been monitored closely by the authorities, the sources said. Naxals had also given a bandh call on September 29 in support

of the secession of Kashmir from rest of India.

The ISI had even roped in underworld cadres of Dawood Ibrahim, designated by the US as global terrorist, to woo the Naxals and an attempt to this regard was foiled only in August this year when central security agencies led an operation in which six people in Bengaluru and Hyderabad were arrested. The ISI had attempted to establish contacts with Naxals with the help of underworld don Chota Shakeel for carrying out subversive activities in the country and six people have been arrested so far in this connection.

The police in Karnataka and Andhra Pradesh assisted by central security agencies in a swift operation, arrested four persons from AP and two from Bangalore. A sum of Rs 25 lakh meant for distribution to Naxals mainly in Andhra Pradesh was also seized from them.

According to officials privy to the operations, ISI had contacted Sheikh Shakeel Ahmed alias Chota Shakeel, who is at present holed up in Pakistan. The underworld don, wanted in many cases in India, got in touch with a person identified as Altaf, alleged to be one of his touts and a resident in Karnataka, for establishing contacts with Naxals in these two states.

Altaf alias Rakesh got in touch with a person named Vinay who had promised him to introduce him to some prominent
Naxal leader from Andhra Pradesh, the sources said. Making attempts to nip in bud any subversive motive, the AP police closely monitored the activities of Vinay and in a discreet probe, it was found that he had received Rs 25 lakh through hawala channels from Altaf in Dubai as a token amount to forge a long term relationship.

The police arrested another person Shreedhar and three more associates from AP while Vinay along with one of his accomplice was arrested from Karnataka. All the six people are in jail.
Sumir Kaul in Srinagar
Source: PTI© Copyright 2021 PTI. All rights reserved. Republication or redistribution of PTI content, including by framing or similar means, is expressly prohibited without the prior written consent.
Related News: ISI, Masarat Alam, Chota Shakeel, AP, Andhra Pradesh
Print this article
Cops nab 11 Chota Shakeel men in Mangalore
Srinagar: Top hardline separatist leader arrested
Andhra Pradesh General, Vocational results on SMS 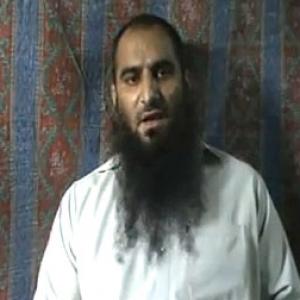 We will win the war in Kashmir: Masarat Alam