Inter Services Intelligence's powerful chief Ahmed Shuja Pasha has warned India that any Abbottabad-like attack by it would invite a befitting response from Pakistan.

Pasha's warning came as he addressed the in-camera joint session of the Senate and National Assembly held behind closed doors on Friday.

Pasha is facing fire over the inability of the ISI to track down Al Qaeda leader Osama bin Laden in Pakistan, where he was living, before he was annihilated by United States special forces in a covert operation on May 2.

In an apparent response to statements from New Delhi that India too can carry out strikes inside Pakistan, Pasha said any attack would invite a befitting response, the Dawn reported. He said a contingency plan is in place and targets inside "India had already been identified".

Pasha told the lawmakers, "We have also carried out rehearsal for it."

Earlier, on May 5, Pakistan army and the government had reacted sharply, warning India against any Abbottabad-like "misadventure", saying it would be responded to "very strongly" and it could lead to a "terrible catastrophe".

The warning had come after a meeting of the Corps Commanders chaired by General Ashfaq Pervez Kayani, which decided to reduce the level of US military personnel in Pakistan and threatened to review intelligence cooperation with it if a repeat of "violation of sovereignty" occurred.

Reacting to statements by Army chief General V K Singh and Air Chief Air Marshal P V Naik that India has the capacity to carry out an operation similar to US forces eliminating Osama bin Laden, the Pakistan foreign secretary had told a press conference that any country that attempts to "mimic" the unilateral act of the US will find it has made a "basic miscalculation". 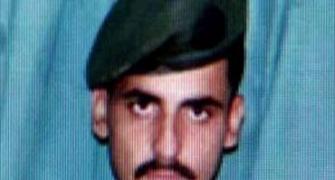 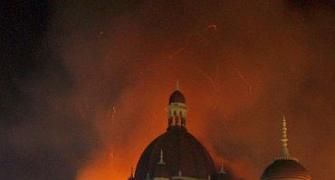 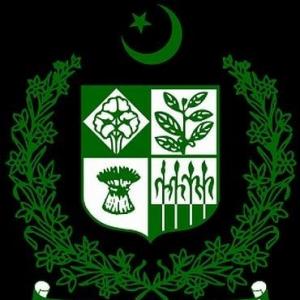