Hitting out at the Centre for making elaborate arrangements for United States President Donald Trump's first visit to India, Congress leader Adhir Ranjan Chowdhury on Wednesday asked what is the need of congregating 70 lakh people to welcome Trump. US President Trump and US First Lady Melania Trump will be visiting India on February 24 and 25.

On his first day, he will visit Prime Minister Narendra Modi's home state Gujarat and take part in a roadshow with Prime Minister Modi. He will also address the Indian crowd at the "Namaste Trump" event in Ahmedabad.

This will also be the first visit of a US president to Gandhi Ashram in Sabarmati situated in Gujarat.

Chowdhury also slammed Union Minister Piyush Goyal for alleging that the 'Congress tried to raise the false bogey of Hindu terror' post 26/11' and said, "There was a different background when 'Hindu terror' word was coined. Mecca Masjid blast had taken place and Pragya Thakur, others were arrested then. Terrorists always camouflage. They do not carry out attacks with their actual identity.
"It was the UPA government which revealed everything about the attack. Ajmal Kasab was later hanged during UPA rule," he added. 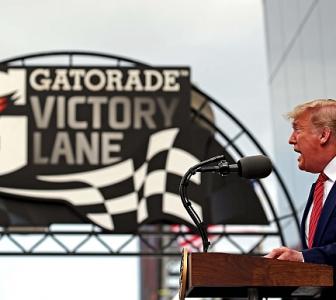