Is Sonia turning a blind eye to Congress MPs? 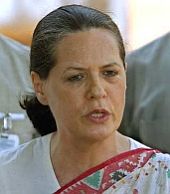 Congress chief Sonia Gandhi does not think she has anything worthwhile to tell her party MPs even though Congress MPs have been more than keen to listen to her views on a number of issues, including the numerous controversies hitting the party and the government.

In the current budget session of the Parliament, the general body of the Congress Parliamentary Party has not met even once and Friday is the last day. The CPP chairperson addresses the MPs at both the start and the end of the session where the MPs listen to her and get her views on various subjects.

Over the past few years this practice has been reduced to just once in the entire session, and this time she has done away with even that.

Sources say her managers are of the view that there is no hard and fast rule and there is no need for even this one interaction with the party MPs.

Initially, however, it used to be a different story. The general body of the CPP used to be a lively affair with MPs also 'allowed' to voice their views, ask questions, make suggestions and generally interact with the leader.

But over a period of time, Sonia Gandhi decided that only the leader would speak and the others would just listen and the tradition of MPs also talking in the meeting was halted.

And now the leader has decided not to speak.

Sonia Gandhi also does not participate in debates or intervenes on crucial subjects which may be of interest or importance to her as she had done on a few occasions earlier. She is regularly present in the House but mostly spends her time sitting quietly.

A senior leader said there is really no collective forum where the Congress MPs or senior leaders can interact with the party president and voice their views.

So much so that the highest decision making body, the Congress Working Committee, has been reduced to a mere formality as it does not meet regularly to discuss issues of crucial national or international importance.

The CWC has been reduced to a body which is called mainly to pass condolence resolutions at the death of a senior leader.

A CWC member cynically remarked that the next meeting would probably be to pass another condolence resolution.

The main task of the CWC has now shifted to the core committee which consists of just a handful of leaders who bring their expertise on every subject under the sun with the party, and the government not getting the benefit of the advice and experience of senior leaders who may offer varying view points on issues.

Senior leaders say the situation has come to such a pass that the Congress president has become more and more closed with just a few people who help in the decision making process, and there is no attempt to either consult a wider body nor to explain the actions of the leadership to a wider forum of party leaders and MPs.

This situation, they say, has resulted in both the party and the government floundering on key issues and this has become obvious to almost all those who have watched the party closely and its changing avatar. 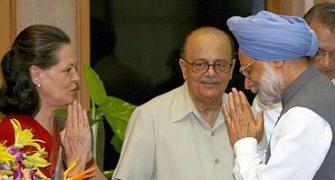