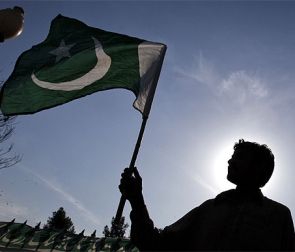 India is not entirely satisfied with Islamabad’s version of the case, says Vicky Nanjappa

On Thursday, the history of Fahim Ansari’s trips to the country was submitted before a court in Pakistan. Authorities in Islamabad believe that his visits to Pakistan before the 26/11 attack were directly connected to the terror strike.

The documents reveal that Ansari had traveled to Pakistan under the alias of one Hammad Hassan.

Pakistani authorities garnered the necessary information from immigration officials in Karachi; the officer who handed out these details was cross-examined by the court.

A team from Pakistan had visited India to collect details about the investigation and trial against Fahim Ansari and co-accused Sabahuddin Ahmed.

Ejaz Naqvi, the advocate representing Fahim Ansari, claims the ongoing trial in Pakistan is nothing but a sham.

“It is a clear attempt to place the onus on an Indian operative to suggest that Pakistan is not entirely responsible for the 26/11 terror strike on Mumbai. They ought to have respected the order of three courts -- the trial court, the high court and the Supreme Court -- which acquitted Ansari. When the team came to India, details about Fahim Ansari were handed over to them and they were clearly told that he had been acquitted for lack of evidence,” he said.

“He may have travelled to Pakistan but that was not in connection with the 26/11 attack. When Indian agencies had sought information about him, the immigration wing in Karachi had refused to share any information,” said an investigating officer.

“This shows that Pakistani authorities intend to prolong the trial by trying people who have already been acquitted. Instead of working jointly with us, they are going about the trial according to their own whims and fancies,” he said.

Officials in the Intelligence Bureau are not entirely satisfied with Islamabad’s version of the case either.

“We had formally requested Pakistani authorities to share details about the trips undertaken by Ansari and Sabahuddin. But they never shared. Today, they are claiming that Fahim Ansari was traveling under the guise of one Hassan and he had travelled to Karachi. How did they come to the conclusion that Ansari and Hassan are the same person? They have not been able to specify why Ansari traveled to Pakistan,” said an IB official.

Naqvi dismissed the ongoing trial in Pakistan, saying, “Even if it is a fair trial, nothing is going to come of it. This is an attempt to shift the blame and prove that some Indians were also involved in the 26/11 attack”.

Incidentally, the case put together by the Crime Branch against Ansari was a remarkably shoddy one, and the prosecution was pulled up several times by the court.

The Crime Branch had contended that Ansari had surveyed targets in Mumbai and prepared a detailed map for the terrorists. Using the alias of Sahil, Ansari had stayed in south Mumbai’s Lamington road and worked as a computer operator.

But the Crime Branch had failed to provide any documents, including the rent agreement for ‘Sahil’s’ flat in Mumbai, to substantiate its claim.

Its claims of finding a map purportedly drawn up by Ansari -- on one of the nine terrorists killed on the night of 26/11 -- also fell flat.

The map, which has allegedly been tucked inside the pocket of a terrorist who waged a 48-hour-long armed assault and was finally gunned down, had neither creases nor any blood stains.

The absurdity of the Crime Branch’s claims, and the paper-thin case it had built up against Ansari, forced the courts to acquit him.

'Fahim Ansari is prized catch for the Mumbai cops'