News
Business
Movies
Sports
Cricket
Get Ahead
Money Tips
Shopping
Sign in  |  Create a Rediffmail account
Rediff.com  » News » Is BJP in doubt over Telangana? Won't be the first time

Is BJP in doubt over Telangana? Won't be the first time

There are indications that the BJP may not be as enthusiastic as it was on the Telangana issue now that the Congress has cleared the decks for the creation of the new state.

Rediff.com’s Mohammed Siddique reports why it won’t be the for the first time that the BJP has developed cold feet on the issue 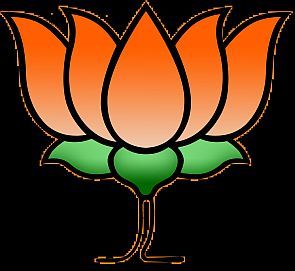 With the Union Cabinet approving the Andhra Pradesh state reorganization Bill, all eyes are on the opposition Bharatiya Janata Party which has, off late, been on shaky ground on the statehood issue.

Many BJP leaders, including Leader of the Opposition in Lok Sabha Sushma Swaraj, during their visits to the Telangana region repeatedly vowed to support the Bill if it was moved in Parliament.

The assertions were made in the face of deep divisions in the party’s rank and file as well as at the risk of putting the party’s very existence in the Seemandhra region in peril.

But as it became increasingly clear that the Congress was going to walk the talk and move the Bill in Parliament ignoring protests and agitations, the BJP central leadership betrayed a feeling of nervousness.

Over the last few days, as Seemandhra leaders, including Chief Minister Kiran Kumar Reddy, mounted pressure on the Congress central leadership by getting the draft Telangana Bill rejected in the state assembly and holding a public protest in New Delhi, BJP leaders tried to find some flimsy grounds to distance themselves from the bill.

Sushma Swaraj tried to put the Congress in the dock, saying that the party had created the mess and should first put its house in order before asking other parties to support the Bill.

She added the rider that the BJP will support the Bill only if the House was in order.

Some BJP leaders, including party’s senior-most leader from Andhra region M Venkaiah Naidu, were quick to add that the Congress should first ensure justice to Seemandhra region before going ahead with the bifurcation.

These conflicting signals from the central leadership of the BJP made the Andhra Pradesh leadership, especially state president G Kishan Reddy, jittery.

Even as he continued to assert that the BJP will support the Bill, Union ministers like Kamal Nath publicly expressed doubts that the BJP may not support Telangana Bill.

It is not difficult to see from where the cold vibes towards the Telangana Bill are emerging in the BJP.

Discerning eyes could see that the pro-Narendra Modi camp in the BJP was not too enthusiastic about supporting the Telangana Bill.

The leaders in this camp smelled an opportunity in distancing from Telangana as it could help in shoring up party’s fortunes in Seemandhra region as Telugu Desam Party supremo N Chandrababu Naidu was willing to join hands with it once again.

This was a deja vu.

The BJP had done the same thing after the 1998 elections.

It put Telangana in cold storage and forgot its promise of ‘one vote, two states’ as Naidu dangled the carrot of support before Vajpayee-led National Democratic Alliance government.

This time, Naidu, completely beleaguered over his ambiguous neither-here-nor-there stand on Telangana, had started making overtures towards Modi last year when latter made his first visit to Hyderabad after emerging as the BJP’s prime ministerial candidate and made noises to the effect that he was equally concerned for the people of both Telangana and Rayalaseema.

Naidu saw a hope in Modi in not only salvaging his fortunes but also keeping the state united.

It was significant to note that during his latest cross-country tour to muster support for his anti-Telangana stand, Naidu spent considerable time in meetings with the BJP leadership, including L K Advani, Rajnath Singh, Sushma Swaraj and Narendra Modi.

It was clear that the BJP was not dismissing the idea of stalling the Telangana process out of hand. Naidu specially found a sympathetic listener in Modi.

The other calculation in the BJP, apparently, is that formation of Telangana at this stage will only yield in political gains for Congress and that the former will end up a loser in both Telangana and Seemandhra.

Recent opinion polls revealed that while Modi’s popularity was on an upswing elsewhere, the BJP was unlikely to win a single seat out of 17 Lok Sabha seats in Telangana.

Modi backers in the party tend to believe that stalling the bifurcation of Andhra Pradesh on grounds that all the issues should be amicably settled first, can give edge to the party in both the regions.

It can win the elections in Telangana by promising to fulfil the dream of separate state soon after the elections and benefit in Seemandhra region by joining hands with TDP and claiming that it helped in stopping the imminent bifurcation.

But can the BJP really afford to go back on its commitment to Telangana at this stage?

Calculations of Modi-campers in the BJP look very promising on the paper but they were unlikely to work on the ground. In the forthcoming general elections, statehood will be the only issue to dominate in Telangana. Price rise, non-governance and corruption will be secondary.

Some parties calculate that the presence of a large number of settler voters (people who migrated from Seemandhra to settle in Telangana) will affect the outcome. But it is exaggerated.

On the contrary, by sabotaging the Telangana process when it is just a step away from becoming a reality, the BJP will earn the risk of getting branded as “traitor” forever and shut the door for itself.

Unlike Modi-backers sitting in New Delhi, the Telangana leaders of the party know this.

Second, the hope of the BJP doing well in Seemandhra by stalling Telangana state appears farfetched. The party hardly has any presence in Andhra and Rayalseema districts and there is always a limitation in benefitting from a tie up with another party -- TDP in this case which itself is on the back foot.

In this context, the only safe option for the BJP is to support Telangana Bill in Parliament and find itself a place, along with Congress president Sonia Gandhi, in the annals of history.

As far as the claims of the Seemandhra leaders including the Chief Minister N Kiran Kumar Reddy, Chandrababu Naidu and Jaganmohan Reddy, that they were fighting for the interest of the people of their regions hardly holds any water.

Many people in Seemandhra see the opposition to Telangana state with a smirk on their face as they know the politico-business-bureaucratic lobby was fighting this battle more for their own interest than the ordinary masses.

By their frenzied and desperate opposition to Telangana and their no holds barred propaganda, these Seemandhra leaders have only added fuel to the hatred among Telangana people. Telanganites are looking at chief minister and other Seemandhra leaders as conspirators out to deprive them of their long cherished dream. 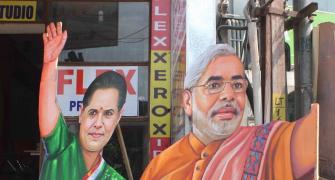 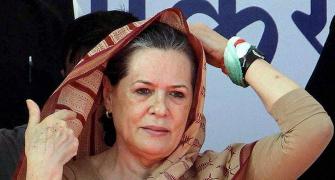 Why Sonia is steaming ahead with Telangana 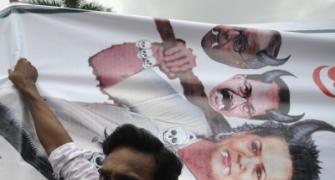 'Telangana is a classic case of how not to do things' 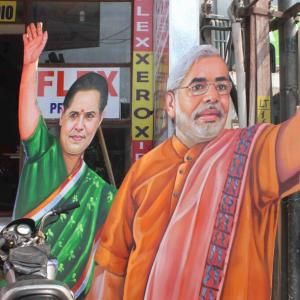 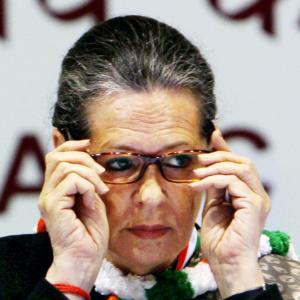