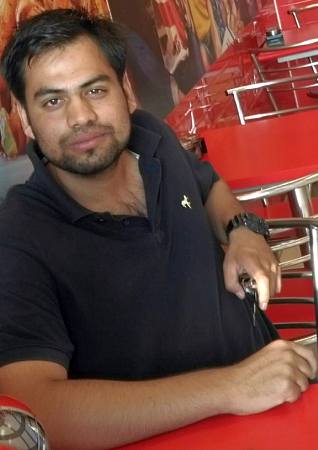 'I only pray that no other Indian should go through such harassment and distress. Am I not a citizen of India?'

Arif Hussain, 23, a student of MA in History and an IAS aspirant, from Jammu and Kashmir's Chinor town, narrates the ordeal he, his sister and her husband had to go through in New Delhi on the intervening night of January 9-10 (Saturday-Sunday) just because they hailed from J& K.

While Arif acknowedges that the sense of security and suspicion at the hotel, where the trio sought accommodation at around 1 am on January 10, must have been heightened because of the Pathankot terror attack, he fails to understand why an Indian, irrespective of his religion and region, should have been denied a hotel room even when they showed valid identity proofs issued by the Government of India.

For those unaware of how Indian citizens were denied their rights in the heart of India's national capital, this is how the story goes...

Arif, his sister and brother-in-law, arrived in Delhi from Agra, where they had gone sightseeing, around midnight.

Arif, who had reached Faridabad on Friday morning, had decided to go for a short tour of 'Incredible India'. The trio decided to travel to Agra on Saturday from where they had plans to visit Nainital on Sunday, the tickets for which were already booked, spend a couple of days there and then head back to Faridkot and then Chinor.

However, their ordeal at three Delhi hotels, which denied them accommodation because Arif was from Jammu and Kashmir put paid to this Kashmiri's dreams of spending a few days at picturesque Nainital.

First, the person who attended them at the hotel told them that accommodation was available. His stance changed when he saw Arif's identity proof.

"The hotel manager refused us the room after seeing my driving license and Voters ID card. I think they were thinking of us as terrorists just because we were from Jammu & Kashmir. But we had valid ID proofs issued by the Government of India," says Arif.

The hotel manager told them he was acting on the Delhi police's instructions. When Arif and his brother-in-law, who works at the Canara Bank in Faridabad, who, in turn, also showed his bank credentials, this is what the trio got to hear from the manager: "You are from Jammu (and Kashmir) so we can't give you rooms. We don't provide rooms to people from Jammu & Kashmir. He said they have been instructed by the Delhi police not to give rooms to people from Jammu & Kashmir, Pakistan and Afghanistan."

While this statement from the hotel manager shocked the trio, they moved out in search of another hotel in Paharganj thinking that they would find a room to spend a few hours in the vicinity. Shockingly, they were given the same excuse as the manager at Hotel Mahalaxmi, which left them completely dejected. One hotel asked them to get police clearance.

"I told him we were not criminals to go to the police and get a clearance before renting out a room. We had valid ID cards issued by the Government of India, so why should we get clearance from the police?" asks Arif.

Finally, the three decided to go back to the New Delhi railway station en route to Nainital as it was 2 am by then. At the station, Arif tweeted his predicament to Delhi Chief Minister Arvind Kejriwal, Deputy Chief Minister Manish Sisodia, Dr Kumar Vishwas of the Aam Aadmi Party and Delhi Police Commissioner B S Bassi, in the hope that those who have the authority to take action against such discrimination would act and ameliorate the situation.

"I tweeted about my harassment to Arvind Kejriwal, Kumar Vishwas, Manish Sisodia and B S Bassi, but till date nobody has bothered to respond to my tweets. Only Rifat Jawaid of JanataKaReporter responded to my tweet," says Arif. Sadly, the Twitter campaign, expectedly, soon got embroiled in a free for all with trolls calling Arif a Pakistani and a Modi-baiter. "Lot of people on Twitter expressed their sympathies with me, but there were those who called me a Pakistani, anti-Modi, etc. Now where did the prime minister come into all this, I fail to understand," says Arif.

"There is a possibility that they refused me rooms because of my religion and region. But I don't want my religion to be brought into this. I am giving you the facts as they happened. I am not cooking up a story," Arif adds.

When the family, now in complete shock, reached Nainital from the Kathgodam railway station at 11.40 am Sunday (January 10), they dropped plans to stay a couple of days in the picturesque surroundings.

"When you say J&K, people start looking at you with suspicion. We didn't want to get humiliated again."

"I only pray that no other Indian should go through such harassment and distress. What if we had an ill or an elderly person along with us? I was with my sister. We felt harassed despite being Indian citizens? Am I not a citizen of India?"

"From now on, we will think twice before going anywhere in India as tourists." 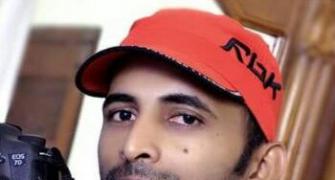 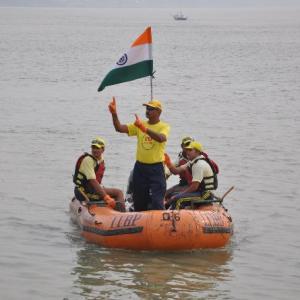 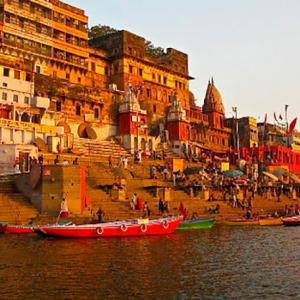 A palette of colours: India in photos