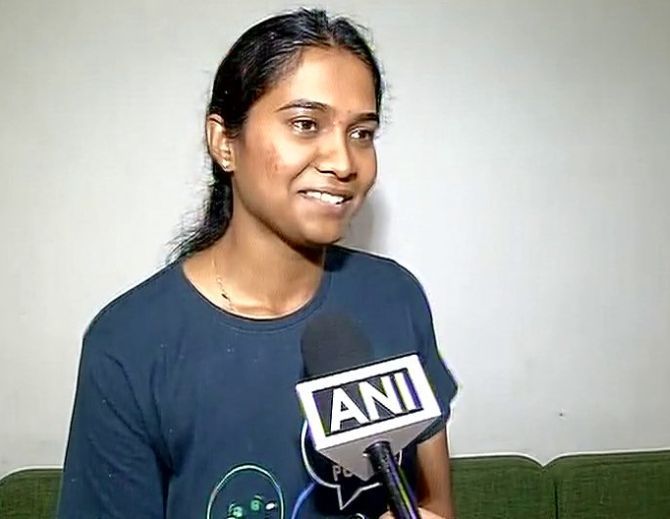 Nandini K R, an officer of the Indian Revenue Service, has topped the prestigious civil services examination, the result of which was declared on Wednesday by the Union Public Service Commission.

Nandini, 26, is at present undergoing training at the National Academy of Customs, Excise and Narcotics in Faridabad.

Anmol Sher Singh Bedi is the topper among male candidates securing overall second rank. He is an engineering graduate in computer science from Birla Institute of Technology and Science, Pilani.

The top 25 candidates comprise 18 men and 7 women. Nandini said being an IAS officer was always her dream.

"It is like a dream come true. I always wanted to be an IAS officer," she told PTI.

This was her fourth attempt.

She had got 849th rank in the 2014 civil services exam and was allotted the Indian Revenue Service (Customs and Central Excise).

Nandini belongs to the Other Backward Class category. Holding a Bachelor of Engineering (Civil) degree from the M S Ramaiah Institute of Technology, Bengaluru, her optional subject was Kannada literature.

A total of 1,099 candidates (846 men and 253 women), including 500 in General category, 347 belonging to Other Backward Class, 163 from Scheduled Caste and 89 from Scheduled Tribe, have been recommended for appointment to various central government services, the UPSC said.

A total of 1,209 vacancies were notified by the government, which were to be filled through the civil services examination 2016. 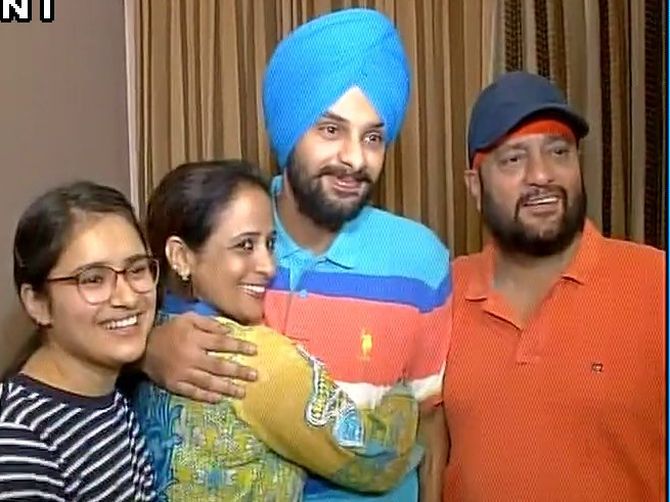 The civil services examination is conducted by the UPSC annually in three stages-- preliminary, main and interview-- to select candidates for the elite Indian Administrative Service, the Indian Foreign Service and the Indian Police Service (IPS), among others.

The civil services preliminary examination, 2016 was conducted on August 7, 2016.

As many as 11,35,943 candidates had applied for this examination, out of which 4,59,659 candidates actually appeared.

A total of 15,452 candidates qualified for the mains examination held in December, 2016.

Of these, 2,961 candidates qualified for the personality test or interview conducted in March-May.

Nandini said she wants to contribute to the country's education sector. Nandini hails from Kolar (known for gold mining) in Karnataka.

"I put in a lot of effort. After getting selected in the IRS in 2014, I had taken the exam again in 2015 but could not crack it. I took the test again and topped it. It is a wonderful experience," she says.

If at first you don't succeed, try, try, try again -- these words that always moved Bilal Mohiuddin Bhat came true for the Kashmir forest officer who scored the 10th position in the civil services.

"Words can hardly describe my feelings. I feel on top of the world today," Bhat, an Indian Forest Officer at present based in Lucknow, told PTI over the phone.

Bhat, who had appeared for the examination four times, would have in November this year crossed 32 -- the cutoff age for appearing for the elite services.

"I believed in this quote -- Try, try, try again. I have been trying from 2010," Bhat said, his voice choking with emotion.

Bhat, who belongs to the remote border district of Handwara in North Kashmir, completed his schooling and college from Srinagar before studying Veterinary Sciences in Jammu.

The product of a government college, he cleared the Kashmir Administrative Services and later the Indian Forest Services.

"However, my aim was the IAS and now I am sure that I will get my home cadre," Bhat said.

"I have had to sacrifice every comfort to achieve my goal," Bhat, who has three brothers and a sister, added.

His father, who was also a KAS officer, was 'elated' by his son's success.

"He is longing to see me back in my home state so that I can serve my people," Bhat said.

The father in him credits his success to his seven-month-old daughter, Mariam.

"After she was born in September, I cleared my preliminaries. And since then there has been no looking back," he said.

"It is encouraging to see that youths from militancy-hit areas are appearing and emerging as toppers in the civil services," Singh told PTI.

In his message, Omar said Bhat had made the state proud and hoped that 'all the dreams of the son of the soil' would be fulfilled.

Dantewada district comes under the state's Bastar region, considered as den of the Naxals.

Ashwini Shrivastava
Source: PTI© Copyright 2021 PTI. All rights reserved. Republication or redistribution of PTI content, including by framing or similar means, is expressly prohibited without the prior written consent.
SHARE THIS STORY
Print this article 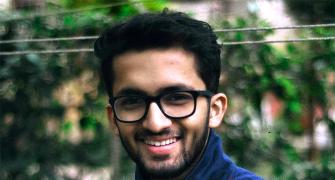 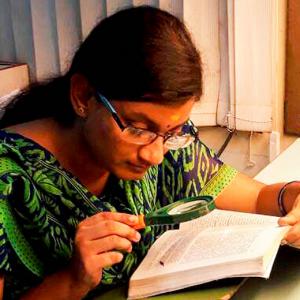