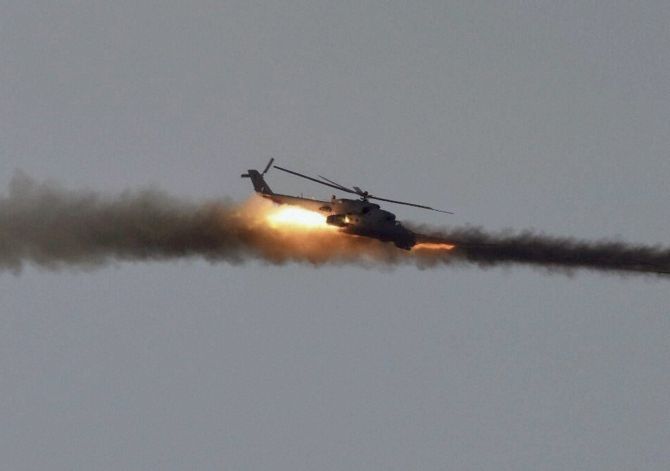 IMAGE: An Indian Air Force chopper demonstrates its combat and firepower during 'Exercise Iron Fist' in the desert of Pokhran. Photograph: Shirish Shete/PTI

The Indian Air Force's on Friday conducted day-night demonstration of its combat and fire power in Pokhran, which was witnessed by President Pranab Mukherjee and Prime Minister Narendra Modi.

Delivering the welcome address, Air Chief Marshal Arup Raha, chairman, chiefs of staff committee, and the chief of the air staff, gave an insight into the exercise and the modernisation in the Indian Air Force.

He stated that the primary objective of this exercise is to reassure the nation about our commitment and capabilities in safeguarding our national interests. The air chief said the IAF moves ahead on its transformation path despite certain constraints, maintaining a high combat potential for meeting challenges. 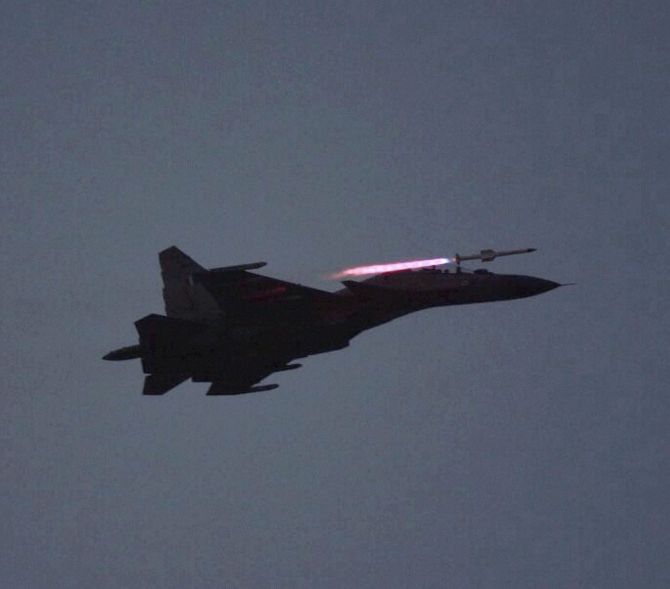 The event comprised six packages depicting six themes in which more than 180 aircraft, including fighters, transport and helicopters participated.

Fly Past, the great journey of the IAF over eight decades was summed up by means of this package, with the aircraft of yesteryear flying wing to wing along with the latest acquisitions of the Indian Air Force. 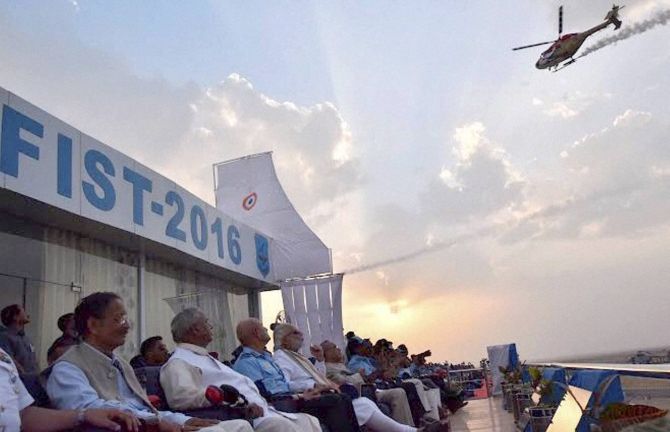 A MiG-27 aircraft heralded the commencement of the flypast by towing the Ex "Iron Fist" banner, which was followed by Supersonic run by the MiG-29 aircraft. The "real time recce" capability of the IAF was displayed by a Jaguar aircraft.

Vintage aircraft flypast by "Tigermoth" evoked the memories of the birth of military aviation in India and was followed by the Pilatus, the latest trainer aircraft of the IAF. The fly past by a mixed formation comprising a MiG-21 Bison, MiG-27 Upgrade, MiG-29 and the mighty Su-30, showcased the transformation of the IAF over the decades. Net Enabled Operations, this segment commenced by the majestic fly past of the indigenously developed Airborne Early Warning and Control System and the display of AWACS aircraft.

The flypast was followed by a synchronised multiple aircraft weapon delivery demonstration of precision based bombing at simulated enemy targets by Mirage-2000, Su-30, MiG-27 Upgrade aircraft and the Jaguar.

It comprised of the fly past by the Flight Refuelling aircraft (IL-78 FRA) along with two Su-30 aircraft and the indigenously built Light Combat Aircraft 'Tejas', which displayed its swing role attack capabilities by delivering Laser Guided Bomb followed by firing an air to air missile, engaging both targets with deadly precision. 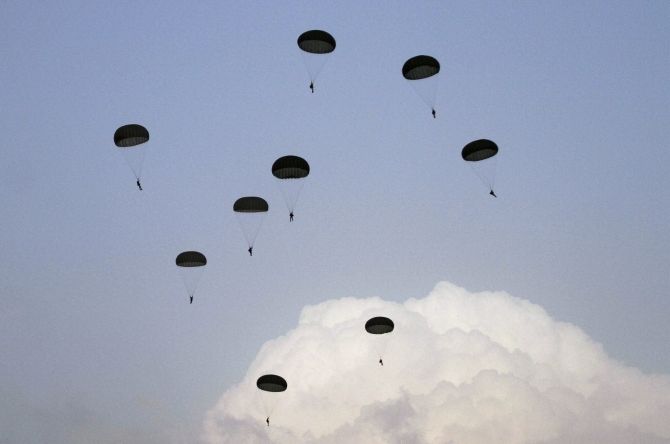 There was also a spectacular simulation of a Combat Search and Rescue operation carried out by the IAF's versatile helicopters, the Mi-35, Mi-25 and Mi-17V5.

Combat Support Operations, this phase showcased the very important role played by the Indian Air Force in support of the ground forces. There were numerous targets simulating the enemy's vital assets, engaged on the ground from the air by a variety of aircraft on the IAF's inventory. 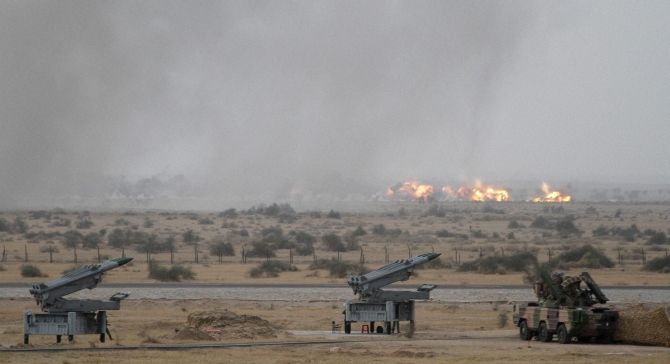 Flying Displays, after the demonstration of live weapon, an array of aerobatic displays by the Sarangs, the Suryakirans and the Su-30 added a dash of colour to the evening. The Air Warrior Drill Team and Air Force Symphony Orchestra enthralled the audience with their performances.

All Weather Operations, as the night drew upon the desert skies, the night capabilities of the IAF came to the fore. A number of targets were engaged in this phase by fighters, transport aircraft and helicopters using rockets as well as bombs.

The "Search light" and Slithering Operations engaged the attention of the audience while the Combat Free Fall during the night phase showed how the IAF could take on insertion of troops in the enemy territory undetected. The Akash Missile firing was a first in the history of Fire Power Demonstration. 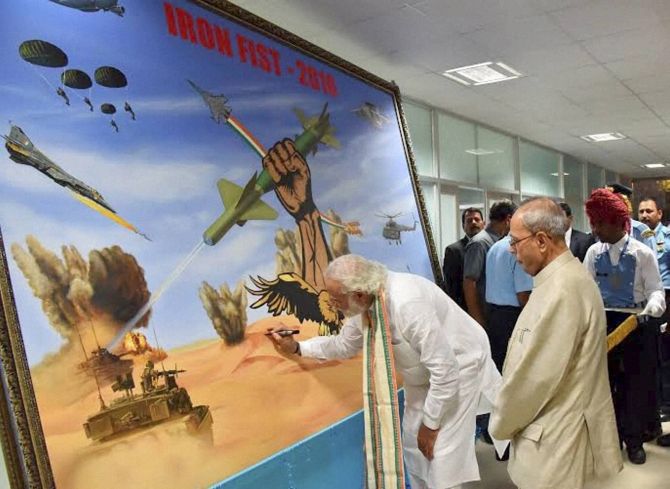 The exercise inched towards a close by a beautiful and awe-inspiring display of Flare dispensation by a C-130J and an An-32 aircraft. The final event of the exercise was the awesome display of firepower by a MiG-27 Upgrade aircraft, giving a befitting close to a grand display.

Defence Minister Manohar Parikar, Rajasthan Governor Kalyan Singh, Chief Minister Vasundhara Raje and chiefs of the Indian Army and Navy were among others present during the exercise.