Iraqi Army says it has trapped IS chief Baghdadi inside Mosul

Islamic State chief Abu Bakr al-Baghdadi has been trapped by Iraqi Army, which entered the terrorist group's stronghold of Mosul for the first time in more than two years for a final assault, a report has claimed. 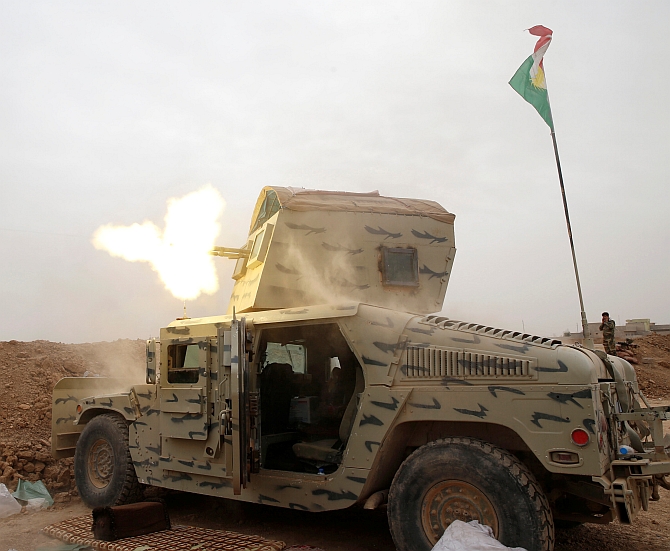 The battle for Mosul, where the self-declared caliph of IS is believed to be hiding, is likely to end in a decisive defeat for the terrorist group, the Independent reported.

Fuad Hussein, chief of staff to Kurdish President Massoud Barzani, told the daily that his government had information from multiple sources that "Baghdadi is there and, if he is killed, it will mean the collapse of the whole [IS] system."

Baghdadi has kept himself concealed for the last eight or nine months according to Hussein, who added that the caliph had become very dependent on IS commanders from Mosul and Tal Afar, a city just to the west of Mosul.

Other senior and better known figures in IS, particularly those from Syria and other countries, have been killed since their initial triumphs in the summer of 2014 when they took over much of northern Iraq and eastern Syria.

The presence of Baghdadi in Mosul may complicate and prolong the battle for Mosul as his surviving adherents fight to the death to defend him.

If he is killed, IS would have to choose a new caliph in the middle of a battle, but no successor would have the authority and prestige of Baghdadi, the leader who surprised the world by establishing the caliphate after capturing Mosul in June 2014.

Hussein said "it is obvious that they will lose, but not how long this will take to happen."

He said Kurdish Peshmerga forces had been impressed by the extraordinary number of tunnels that Isis had dug in order to provide hiding places in the villages around Mosul.

On Tuesday, Iraqi Special Forces advanced into Mosul, which once had a population of two million, seizing the state television on the east bank of the Tigris River that divides the city in half.

Hussein said the speed of the fall of Mosul would depend on many factors especially whether or not IS "is going to destroy the five bridges over the river."

Iraqi troops entered Gogjali, a district inside Mosul's city limits, and later the borders of the more built-up Karama district, according to Major General Sami al-Aridi of the Iraqi special forces.

"Daesh (IS) is fighting back and have set up concrete blast walls to block off the Karama neighbourhood and [stop] our troops' advance," General Aridi said.

The anti-IS offensive is dependent on US-led air strikes and the presence of US special forces.