Congress leader P Chidambaram was in deep legal trouble and faced possible arrest after the Delhi high court on Tuesday refused to grant him anticipatory bail, saying he seems to be the "kingpin" and "key conspirator" in the INX media case of money laundering and he needs to be interrogated in custody for the investigation to be effective. 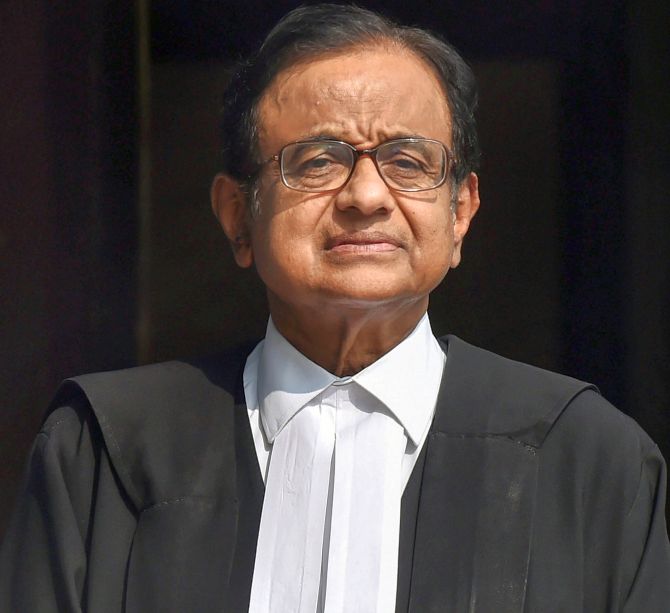 Holding that the INX media scam was a "classic case of money laundering", the court also said the twin facts which have weighed to deny pre-arrest bail to Chidambaram are "gravity" of the offence and
"evasive" replies given by him to questions put to him while he was under protective cover extended to him by the court.

A former Union home and finance minister, Chidambaram, 73, also failed to get any immediate relief from the Supreme Court which was approached shortly after the high court cancelled the interim protection from arrest, paving the way for the investigating agencies -- the Central Bureau of Investigation and the Enforcement Directorate -- to apprehend him.

"Granting bail in cases like the instant one will send a wrong message to the society," said Justice Sunil Gaur, who is due to retire on Thursday.

Chidambaram got a reprieve from arrest after the high court granted interim protection on July 25, 2018 which was extended from time to time.

Holding that Chidambaram's custodial interrogation was required for an effective investigation, the court said "simply because he is a Member of Parliament would not justify grant of pre-arrest bail to him."

Chidambaram is a Rajya Sabha MP.

Justice Gaur said the court cannot permit the prosecution in this "sensitive case to end up in smoke like it has happened in some other high profile cases."

"Facts of the case prima facie reveal that petitioner(Chidambaram) is the king pin, that is, the key conspirator in this case. Law enforcing agencies cannot be made ineffective by putting legal obstacles of offences in question," the judge said in his 24-page judgment that set off a flurry of activity by top lawyer-turned politicians from the Congress to pre-empt any coercive action by the investigative agencies. 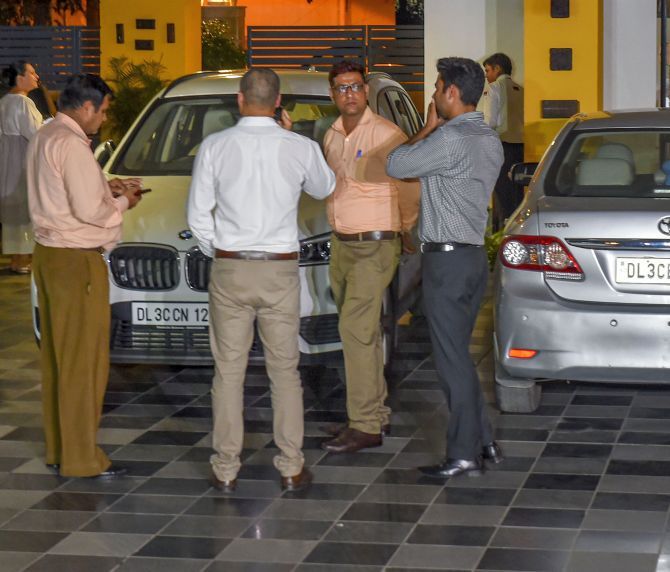 IMAGE: Enforcement Directorate officials at the residence of Chidambaram during a raid in Jorbagh, New Delhi. Photograph: Kamal Kishore/PTI Photo

Hours after the judgment was pronounced, a CBI team headed to Chidambaram's home in posh Jor Bagh in New Delhi locality but left the place after he was reportedly not found at the residence.

The CBI registered an FIR on May 15, 2017 alleging irregularities in the Foreign Investment Promotion Board clearance granted to the media group for receiving overseas funds of Rs 305 crore in 2007 during Chidambaram's tenure as finance minister.

Thereafter, the ED in 2018 lodged the money laundering case in this regard. The court, which had reserved its order on January 25 on the anticipatory bail pleas of Chidambaram in both CBI and ED cases, also declined interim protection from arrest to him for approaching the Supreme Court in the case.

Chidambaram maintained a stoic silence and kept himself away from the media after the judgment.

When the news of this huge setback reached Chidambaram, he was in the Supreme Court along with some junior lawyers.

An attempt was made by the media to seek his reaction but he gestured he does not want to speak on the issue.

He then approached the top court from where he failed to get any immediate relief and was asked to mention the plea against the high court order Wednesday morning.

In its judgment, the high court said "it cannot be forgotten that the petitioner (Chidambaram) was the Finance Minister at the relevant time and he had given FDI clearances to INX Media Group for receiving
overseas funds to the tune of Rs 305 crore."

"Simply because he is a Member of Parliament would not justify grant of pre arrest bail to him. The magnitude of the offence dissuades this court to grant bail to the petitioner.

"It is preposterous to say that prosecution of the petitioner is baseless, politically motivated and an act of vendetta... The offenders must be exposed, no matter what their status is," the judge observed.

This court is of the prima facie opinion that custodial interrogation of petitioner is required for an effective investigation, the judge said. 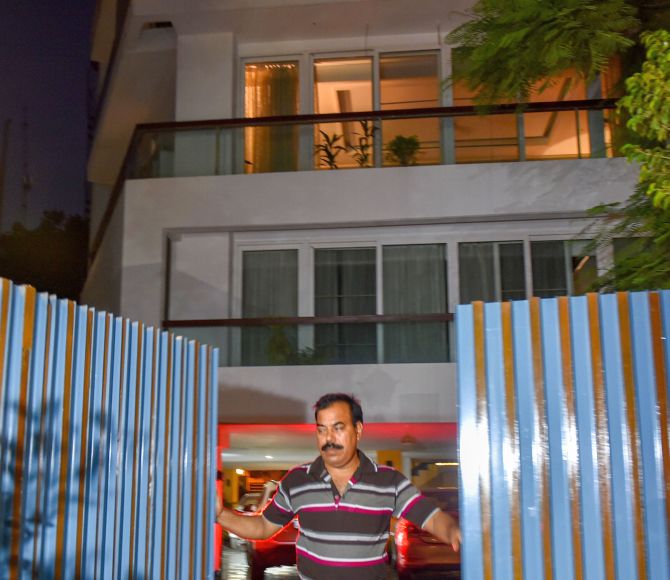 IMAGE: A guard closes the gate during a raid by Enforcement Directorate officials inside the residence of Congress leader P Chidambaram in Jor Bagh. Photograph: Kamal Kishore/PTI Photo

The court said the gravity of offence committed in this case amply justify denial of pre-arrest bail and it was of the prima facie opinion that it was not a fit case for granting the relief to him.

"Economic offences constitute a class apart and need to be visited with a different approach in the matters of bail.

"Taking note of huge magnitude of conspiracy angle qua the petitioner, it would be premature to jump to a conclusion that the provision of Prevention of Money Laundering Act would not apply to the instant case, as it cannot be said that the amount involved is below Rs 30 lakh. Rather money laundering involved in this INX Media scam is Rs 305 crore and Aircel-Maxis scandal is Rs 3,500 crore," it said.

The court observed that the economic crimes of such "mammoth scale are craftly planned and executed".

"In this case, in view of the enormous material placed on record in respect of distinguished entities, various transactions etc, this court unhesitantly opines that bail plea is not acceptable," it said.

It was during his tenure as finance minister in the UPA-I government that clearances from the FIPB were given to the two ventures. Chidambaram's petition said that though no summons had ever been served on
him by the ED in this case, he had an apprehension of arrest in view of the summons issued to him by the CBI.