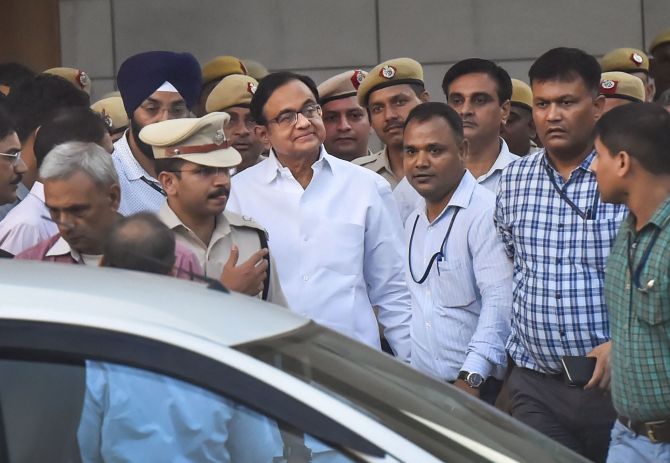 The Central Bureau of Investigation has sent judicial requests to five countries, seeking details of international transactions related to investments and payments made by the companies accused in the INX media case, officials said on Friday.

The letter rogatory, a judicial request for information from an Indian court to a court abroad, was sent recently to the United Kingdom, Singapore, Mauritius, Bermuda and Switzerland, they said.

The CBI has arrested former finance minister P Chidambaram in connection with alleged corruption in granting clearance to foreign investment worth Rs 305 crore in INX media.

INX media had proposed to receive foreign funds from three entities — Mauritius-based Dunearn and NSR-PE, and New Vernon Pvt Equity Limited, part of a US based company.

All these entities are under the scanner of the agency, agency sources said.

Besides, foreign transactions of the accused companies Advantage Strategic Consultancy Pvt Ltd and Chess Management, allegedly linked to Chidambaram's son Karti, are also under the scanner of the CBI, they said.

"We need details of transactions of under-probe companies emanating from foreign shores, hence we have sent detailed questionnaire to those jurisdictions seeking details," an official said.

The CBI continued the questioning of Chidambaram on Friday for nearly six hours.

"He is being given treatment befitting his stature as a Rajya Sabha MP. Whatever is in the books is being provided to him," another official said.

In the evening, Chidambaram met his son Karti and wife Nalini in the CBI headquarters.

After coming out, Karti said neither he nor his father is corrupt and they will be vindicated. He was responding to a question about comments made by Prime Minister Narendra Modi in Paris that no corrupt person will be spared.

"Good. I am sure no corrupt man should be spared. That clearly my father is not corrupt and neither am I corrupt and we will be vindicated," he said.

Karti said his father wanted books to read so he provided him Sapiens, a book by historian Yuval Noah Harari.

He said his father is in great spirits and "enjoying the hospitality of Government of India".

"We discussed court proceedings today," he said, without making any comments on the developments in courts.