Investigators probing the crash of a Russian plane in Egypt's restive Sinai Peninsula that killed all 224 people on board on Sunday widened their search and combed the wreckage for clues to find out the cause of the accident for which an IS-affiliate terror group claimed responsibility. 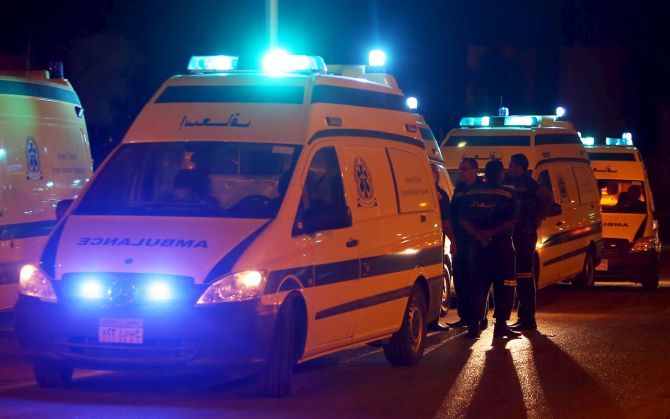 The Kogalymavia Airbus A-321 with 217 passengers, including 17 children, and seven crew members came down on Saturday, 23 minutes after leaving the resort of Sharm el-Sheikh for the Russian city of St Petersburg.

So far 175 bodies have been found but the search area was extended to 15km after some were located away from the main wreck of the plane.

According to a Russian Emergencies Ministry spokesman, experts in the Egyptian capital of Cairo have examined some 120 bodies of Russian Airbus crash victims.

A working team led by Russian Minister of Emergencies Vladimir Puchkov began operations at the Kogalymavia A321 crash site in Egypt, a ministry representative said.

Germany's Lufthansa, Dubai-based Emirates and Air France said they would halt flights over Sinai until the reasons behind the crash became known.

The Islamic State-affiliate group in Egypt, which is waging a deadly insurgency in the Sinai, claimed it downed the plane in the mountainous area of the Sinai Peninsula but Cairo and Moscow both rejected the claim.

"The cause of the crash still is unknown, but it is most likely due to a technical failure, and there is no evidence of any terrorist action," CNN quoted Egyptian Airports Co chief Adel Al-Mahjoob as saying.

The Airbus A321 had a routine check before flight, showing everything was OK to proceed, Mahjoob said.

Egyptian Prime Minister Sharif Ismail said experts had confirmed that the militants could not down a plane at the 30,000 feet while Russian Transport Minister Maxim Sokolov said the claim "cannot be considered accurate".

Mohamed Samir, Egypt's army spokesman, also disputed the claim, saying, "They can put out whatever statements they want but there is no proof at this point that terrorists were responsible for this plane crash.

"We will know the true reasons when the Civil Aviation Authority in coordination with Russian authorities completes its investigation. But the army sees no authenticity to the claims."

Russian and French investigators have joined the Egyptian-led probe into one of the deadliest Airbus incidents of the past decade, along with experts from the aviation giant, which is headquartered in France.

The plane's black boxes have been found and sent for analysis, officials said.

Investigators said they were checking fuel samples from the last refuelling stop, in the Russian city of Samara, and have focused on the possibility that a technical failure could have caused the 18-year-old plane to crash.

A spokesman said investigators were questioning people who were involved in preparing the aircraft and its crew and were carrying out searches at Moscow's Domodedovo airport where the airline that operated the plane was based.

A criminal case had been opened against Kogalymavia for "violation of rules of flight and preparation for them".

Kogalymavia, which is also known as Metrojet, was quoted by Russian news agency Ria Novosti as saying that there were "no grounds" to blame the tragedy on human error. Captain Valery Nemov, 48, had 3,682 hours of flight time.

"He complained before the flight that the technical condition of the aircraft left much to be desired," she said.

Egypt's Prime Minister has said a technical fault was the likely cause, dismissing claims by Islamic State militants.

Russian President Vladimir Putin ordered Prime Minister Dmitry Medvedev to open an investigation into the crash and declared an official day of mourning on Sunday for the victims.

Flags were flying at half mast in Russia and TV programmes were cancelled as part of a national day of mourning.

Egyptian President Abdel Fattah el-Sisi called Putin to express his condolences, according to the Kremlin.

Sisi "assured Mr Putin that conditions will be created for the broadest possible participation of Russian experts in the investigation of the plane crash," the Kremlin statement said.

Saturday's crash is the deadliest air accident in the history of Russian aviation, surpassing the 1985 disaster in Uzbekistan, where 200 people died.