Interlocutors for review of statute provisions in JK

Ruling out a return to the pre-1953 position, Centre's interlocutors on Jammu and Kashmir have favoured setting up a Constitutional Committee to review all Central Acts and Articles of the Constitution of India to the state extended after 1952.

The report of the interlocutors -- Dileep Padgaonkar, Radha Kumar and M M Ansari --which was made public on Thursday, proposed a 'New Compact' with the people of Jammu and Kashmir, having three components -- political, economic and social and cultural -- forming a sing le package which cannot be accepted on a selective basis.

Under the political component, the report deals with Centre-State relations and internal devolution of powers and suggests a road map listing confidence-building measures that includes review of Disturbed Areas Act and re-appraisal of application of controversial Armed Forces (Special Powers) Act.

The report, which was handed over to Home Minister P Chidambaram on October 12 last year, also favoured resumption of the dialogue process between the Centre and Hurriyat Conference "at the earliest".

This should yield visible outcomes and be made interruptible, it said.

On Centre-state relation, the report calls for review of all Central Acts and Articles of the Constitution of India extended to the state after 1952 Delhi agreement.

"This does not mean a pure and simple return to the pre-1953 situation. The clock cannot be set back. Instead, the group wants such a review to take into full account the changes that have taken place over the past six decades," the report said.

To build on the consensus that exists in the state, the interlocutors have recommended that a Constitutional Committee be set up to review all central acts and Articles of the Constitution of India extended to the state after the signing of 1952 agreement.

The report also says that no more central laws and Articles of the Constitution should be extended to the state by Presidential order.

It also suggested that Parliament will make no laws applicable to the state unless it relates country's internal and external security and its vital economic interests, especially in the areas of energy and access to water resources.

Holding that a broad consensus existed on a political settlement in the state through a dialogue between all stake-holders including those who are not part of the mainstream, the three-member group has recommended that Jammu and Kashmir should function as a single entity.

The report has listed various options relating to the contentious Articles of the Constitution including the prefix of the Article 370 extended to the state.

It wants the state's status to be termed as 'special' as is the case with several states under Article 371, deletion of the word 'temporary' from the heading of Article 370 which should be replaced with word 'special'.

The report said a broad consensus exists in the state on the point that the state's distinctive status guaranteed by Article 370 must be upheld.

"Its 'erosion' over the decades must be re-appraised to vest it with such powers as the state needs to promote the welfare of the people on its own terms," it said.

It also said the state assembly will submit three names to the President to the post of Governor who will be appointed by the President.

It should be headed by an eminent personality who enjoys the esteem of the people of Jammu and Kashmir and of the people of the India as a whole. It should include as its members Constitutional experts who enjoy confidence of all major stake holders.

The CC's conclusions, to be reached within six months, will be binding on "all of them".

The interlocutors group has said that the CC shall be mandated to conduct its review bearing in mind the dual character of Jammu and Kashmir -- being a constituent unit of Indian union and enjoying a special status under Article 370 of the Constitution-- and the dual character of the people -- state subjects as well as Indian citizens.

"The review will, therefore, have to determine whether - and to what extent - the central Acts and Articles of Constitution of India, extended with or without amendment to the state, have dented Jammu and Kashmir's special status and abridged the state government's powers to cater to welfare of its people," the report said.

The CC's recommendations must be reached through consensus so that they are acceptable to all stake holders represented in the state assembly and Parliament.

The next step would be for the President in exercise of powers under Article 370 to issue an order incorporating the recommendations of the CC.

The order will need to be ratified by a Bill in both Houses of Parliament and by each House in the state legislature by a special two-thirds majority to be presented to the President for assent.

"Once this order is over, clauses (1) and (3) of Article 370 shall cease to be operative and no orders shall be made by the President here after under the said clauses as from the date of final order," it said.

The report recommended that for promotion of the state's economic self-reliance, a fresh financial agreement between the Centre and the state is required.

The report also listed several recommendations to harmonise relations between people on both the sides of Line of Control including a hassle-free movement of people and goods across the LoC and a consultative mechanism where elected representatives from both sides can deliberate on issues of common interests like water, economy, tourism and trade.

This would be especially effective if democratic institutions of self-governance are established in areas of princely state under the de-facto control of Pakistan.

"The core idea here is to make the LoC irrelevant, a mere line on a map," it said.
PTI
Source: PTI© Copyright 2023 PTI. All rights reserved. Republication or redistribution of PTI content, including by framing or similar means, is expressly prohibited without the prior written consent.
Related News: Constitutional Committee, Houses of Parliament, Articles of Constitution of India, Kashmir, Jammu
Print this article 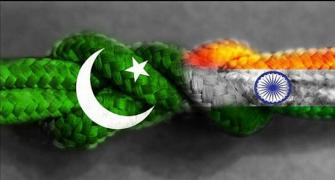 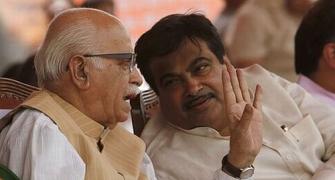 CBI to start Yeddyurappa probe by next week